Based on data acquired by Finbold, our in-house analyst projects that the number of VPN downloads globally might surpass one billion in 2021 driven by various factors such as the ongoing work-from-home trend, an increase in cyber-attacks, and the service’s overall rising popularity.

The projection represents a growth of 70.45% from the 616 million downloads recorded in the first half of 2021. Interestingly, the downloads in the first six months of 2021 are more than double the 2020 figure of 277 million. The data on 2020 and 2021 H1 VPN downloads is provided by Atlas VPN‘s Global VPN Adoption Index.

Why VPN downloads will potentially increase

The rise in the usage of VPN is basically motivated by various factors, but privacy and security remain the main drivers. The projected VPN downloads indicate more people are building on the trends established in 2020 with the onset of the coronavirus pandemic.

Amid the pandemic, the demand for VPNs surged following work-from-home trends that various companies initiated. There was an increasing demand for a secure remote working environment as employees rely on the internet from remote workplaces. The work-from-home culture meant that employees were exposed to data breaches and VPN served as the perfect solution for protection. Notably, the work from home trend has gained popularity even as normal operations resume with the rollout of the vaccine.

At the same time, digital platforms have emerged as an alternative to providing entertainment to people. Worth noting is that not all regions have access to the same content. Therefore, VPNs are finding popularity with users attempting to access restricted digital media content, news, and media outlets across different regions.

In general, the projected growth of VPN establishes itself from the pandemic shift. Based on the projection, the spending on VPNs is also set to surge compared to pre-pandemic levels. Notably, the post-pandemic era has come with an increasing number of cyber-attacks and an increased focus on offering data security, mainly translating to an increase in VPN downloads.

Cases of malware and hacking have spiked in 2021, affecting both individuals and organizations. This situation is compelling both parties to turn to VPNs to avoid falling victims to attacks.

The estimated VPN usage is also inspired by market activities. Most players are coming up with new services meant to utilize the high internet penetration. Notably, service providers focus on new products at lower costs, making it easier to integrate VPN. Additionally, players in the sector are capitalizing on the penetration of mobile devices to unveil friendly products.

Furthermore, internet restrictions in some countries continue to drive the increase in VPN downloads. For instance, in most Middle East countries, governments are known to place stringent internet restrictions globally. Most citizens are restricted from accessing information that goes against the country’s religious beliefs leaving VPNs and an option to access blocked information.

With the projected use of VPN, there is still a concern of security. Although VPNs are supposed to guarantee online security and privacy, some bad actors might take advantage of the increasing numbers.

The sector is prime for data exploitation, considering that all user data is funneled to a single company, whose servers may be located anywhere and accessed by anyone.

Malicious actors can potentially use VPNs to harvest data and malware injection. Even seemingly innocuous VPNs can endanger users in countries where VPNs are outlawed. This is the case, especially with most free VPN services. 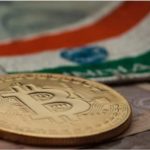