Bitcoin proponents have maintained that the maturing asset will replace gold as the presumptive store of wealth and a hedge against inflation. However, Bitcoin and the general cryptocurrency market have underperformed in 2022 compared to gold.

Data retrieved from the Finbold Bitcoin ROI tool which enables users to compare the return-on-investment (%ROI) of BTC compared to traditional assets like stocks, currencies, indexes, and metals, indicates that compared to gold, Bitcoin returns have underperformed the yellow metal by 40.41% on a year-to-date basis.

However, Bitcoin still has maintained a superior ROI over Bitcoin in the last four years at 534.24%. Other precious metals, including Silver and Platinum, outperformed Bitcoin since the start of 2022 by 35.24% and 39.49% respectively.

The flagship cryptocurrency’s losses in 2022 impacted the general market, which has lost over $2 trillion in market capitalisation. The losses also culminated in Bitcoin registering its worst quarter in over a decade after the value plunged by over 56% during Q2 2022.

Interestingly, both Bitcoin and gold have operated in a high inflation environment with possible continued interest hikes from the Federal Reserve.

Gold’s performance in the current environment can be tied to the metals’ existence for decades, while Bitcoin is a young asset class on the path to maturity. Therefore, the lack of longevity dents Bitcoin’s ability to be an effective hedge against inflation.

What’s more, Bitcoin’s prospects have been complicated by the ongoing regulatory uncertainty that has accelerated with different jurisdictions moving to protect consumers. Additional, Bitcoin’s price has been impacted by the controversial Terra (LUNA) ecosystem crash that potentially swayed some investors towards assets such as gold due to eroding trust.

The future of Bitcoin and gold

Despite Bitcoin recording negative returns in 2022, proponents of the asset believe it will surpass gold in the next few years. As reported by Finbold, Ronald-Peter Stoeferle, the managing partner of investment management firm Incrementum AG, noted that Bitcoin has overshadowed gold despite the ongoing bear market. In the long term, Stoeferle stated that Bitcoin will become a less risky asset and eventually become a value store.

In addition, Bitcoin’s price movement has correlated with the general stock market. This correlation is viewed as an affirmation that Bitcoin is a risk asset. 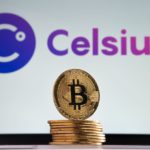