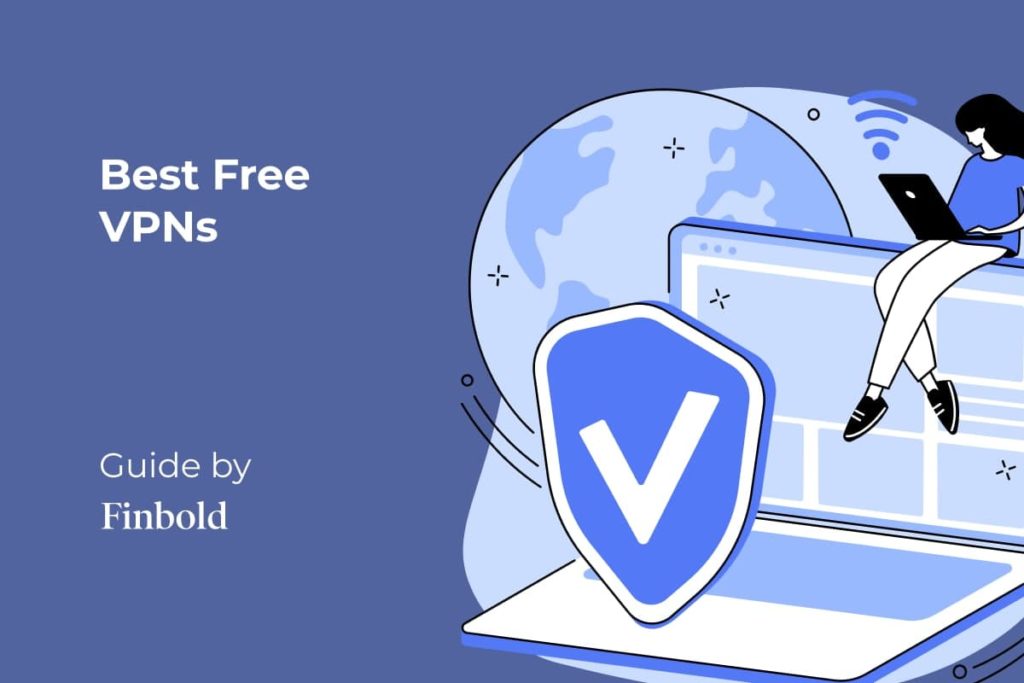 In this guide, we will explore the top 5 free VPNs to try in 2021, considering the main benefits and drawbacks of each provider. You will learn about the key free features, which ultimately should help you decide which free VPN service best meets your needs.

However, before we delve into the specifics of each free VPN service provider, let’s have a look at the overall benefits that the software may offer and why it has lately been so popular.

About VPN and its benefits

It is not unexpected that an increasing number of Internet users are concerned about their online privacy. According to Cisco’s 2020 Consumer Privacy report, 89 % of respondents are committed to protecting the privacy of their personal details online and want more control over it, while 79 % of individuals are prepared to spend financial and physical resources to secure their data.

Based on the current survey, it becomes clear that many Internet users are searching for ways to protect their data online, which is where a free VPN can come into play.

What is a VPN? Virtual Private Network or simply known as VPN facilitates an encrypted connection that allows you to disguise your IP address and location, leading to the creation of a secure tunnel through which your data is transferred. More concretely, users may benefit from enhanced security and privacy by browsing the Internet using the VPN’s IP address, therefore concealing their footprints online.

Therefore, even with a free VPN, customers can enjoy immediate benefits such as protecting their network by limiting third-party access to their web activity, eliminating data throttling, and unlocking geo-restricted content.

Now that we’ve covered the foundations and advantages of the VPN service, we’ll go over the top 5 free VPN providers worth exploring

Atlas VPN is a freemium VPN service located in Delaware, USA, that offers both a free and paid membership. The VPN features over 700 servers in 28 countries and apps for Android, iOS, macOS, Windows, and desktop PCs.

For over 5 million clients, the company delivers a fast, pleasant, and anonymous Internet browsing experience, eliminating some of the technological complexity that may scare beginners and those unfamiliar with VPNs.

As a free user, you get unlimited daily bandwidth constraints, three devices, encryption, and data encapsulation, as well as access to three locations: Amsterdam, New York City, and Los Angeles.

The kill switch safety feature in Atlas VPN helps prevent data breaches by shutting down Internet traffic if your connection to the VPN server is lost; it is a commendable option for a free edition. Android users may also utilize the built-in ‘Always-on VPN’ function.

Below is the list of additional benefits for using the free version:

Unlimited bandwidth: there are no daily bandwidth limitations, which means that the maximum quantity of data transferred via the Internet connection is not restricted.

The Atlas Free VPN version, on the other hand, lacks streaming-optimized servers, peer-to-peer (P2P), 24/7 assistance, unlimited simultaneous connections, and the Safebrowse feature that comes with subscribing to the premium service.

You may download and sample Atlas VPN for free here to experience unlimited online access, privacy, and security, or upgrade to the premium version to unlock all of the app’s features. Read our in-depth Atlas VPN review to learn more about the company’s products and services.

The ProtonVPN project originated out of a wish to protect better activists and journalists who use ProtonMail. Based in Switzerland, the company has over 1255 servers in over 55 countries and a capacity of 1,468 Gbps. Whatsmore, the free service is also compatible with Windows, Mac, iOS, and Android devices.

ProtonVPN’s applications have been submitted to a thorough third party for a security audit. Moreover, it has also made its apps open-source, allowing the public to examine them for flaws. This degree of openness that ProtonVPN demonstrates is considered to be the gold standard in VPN security.

OpenVPN, the most secure encryption technology known, is used by all of the apps, and the built-in VPN kill switch safeguards your true IP address in the case of a connection breakdown. Because of its minimal-logs policy, ProtonVPN is highly private.

ProtonVPN is a free and secure VPN that you can use all the time as it does not impose any data restrictions. Because of its strong security and no-logging policy, the provider is an excellent general-purpose VPN.

Unfortunately, the limitless bandwidth cannot be used to stream infinite video material or for torrenting, as the service does not permit this; the only major streaming site that the free version supports is YouTube.

Betternet VPN is located in the United States and has over 38 million global users. It provides VPN software for Windows, Mac, iOS, and Android. There are over 3.3 million apps accessible on the Google Play and App Store, and Betternet has risen to the top of the VPN app charts in less than a year.

The company’s own VPN apps are simple to set up, user-friendly, and can successfully mask your IP address by encrypting your data. Betternet has two modes available: Premium and Free, although the Free version has only virtual locations in the United States available.

Below is a list of the features and benefits of the free service:

To properly utilize the VPN features, one would need to subscribe to the premium service for unrestricted bandwidth, access to 17 virtual locations, and ad-free surfing. Furthermore, premium subscribers have a dedicated support staff that provides customized email help 24/7 and the option to link up to six devices to a single Premium account with quicker speeds.

Windscribe is a secure VPN that offers solid free and premium applications that help clients browse the web privately. The Canadian firm’s popular free comprehensive version draws in many customers worldwide due to its relatively generous monthly data limit of 10GB and its easy-to-use setup, especially for inexperienced users.

In addition, Windscribe Free is a suitable VPN for unblocking US Netflix and BBC iPlayer, as well as all versions of the app being protected by AES-256 encryption. Windscribe is supported on Windows, Mac, Android, iOS, Linux platforms and has servers in 11 countries.

The firm is committed to privacy, as the ‘freemium’ VPN does not save users’ connection logs, IP addresses, or visited websites; when you are actively connected to a server, however, it keeps your username, the server you are connected to, and the amount of data transmitted. Still, this information is deleted three minutes after the session ends. On top of this, there’s also an adblocker, malware protection, and firewall built-in.

Windscribe’s generous free plan doesn’t cap speeds because of its high data allotment and commitment to safeguarding your privacy.

Windscribe also enables peer-to-peer traffic on its free servers, which is rare. It also features a strict security policy, a privacy-friendly logging policy, and it does not retain any records that may expose your identity.

The VPN program employs AES-256 solid encryption and comes with a VPN kill switch. This is unusual for free VPNs and keeps your actual IP address from leaking if the VPN connection is lost.

Below is the breakdown of the features found in the free version of the provider:

Depending on your demands, you may be able to use Windscribe Free indefinitely, but we anticipate that the majority of users will want to subscribe to the premium membership for faster servers, streaming, unlimited bandwidth, and access to all of Windscribe’s advanced features.

Hotspot Shield is a VPN service with over 650 million customers, 3,200 servers in more than 70 countries. It has a free version that is simple to use and that you can get up and running in no time.

The supported platforms and operating systems include Windows, Mac, Android, and iOS.

The number of unique devices which can connect to the basic Hotspot Shield VPN is one. The free plan limits users to 500MB of data per day (around 15GB per month). Although, of course, that is no match for the unrestricted data that comes with paid-for service.

Security-wise, Hotspot boasts military-grade encryption. In addition to security, free Hotspot Shield is user-friendly, whether on mobile or on desktop.

If you pay $2.50 a month for the Premium edition of the service, you can pick from 70 countries and access almost everything; if you use the free version, you’re confined to one US-based location chosen by Hotspot Shield, and your speed is limited to 2Mbps.

The best free VPNs conceal your IP address, encrypt your online traffic, and allow you to access region-restricted material. Unfortunately, most free VPNs lack the resources to accomplish the majority of the above.

However, the top free VPNs mentioned above offer different benefits depending on the user’s needs. Whether you want to stream Netflix in the US or prefer safety and want to stay secure when using public WiFi, the top free VPNs listed reviewed in our guide have something to offer.

Users may test the waters before deciding if they want to sign up for more premium VPN features and the benefits they offer in the long run, or they may be satisfied and wish to stick with the free VPN service.

Note: If you do decide to use a paid VPN service, be sure to read our top 5 mobile VPN guide, which details the premium features of paid VPN platforms so you can determine which one best suits your needs. Looking for the best VPN for Windows? Check this guide.