After the long-awaited legal dispute “Hodlonaut vs Wright”, grabbing the attention of the entire cryptocurrency sector, finally started in Norway on September 12, day three has kicked off with some tension, according to a person present at the trial.

The trial centers around tweets by crypto influencer Magnus Granath, a.k.a. Hodlonaut, in which he opined that Craig Wright, an Australian computer scientist claiming to be Satoshi Nakamoto, the founder of the flagship token Bitcoin (BTC), was in fact a “fraud” and a “scammer”.

Specifically, Hodlonaut initiated the case to get a ruling that his tweets were protected by the Constitutional right to freedom of speech, as well as to impede the defamation lawsuit filed against him by Wright in the United Kingdom.

On September 14, the court was set to hear statements from both parties, according to the pseudonymous Norbert, an individual attending the trial in Oslo and publishing updates about it as it unfolds.

”The room is fuller today. Tension in the air. Hodlonaut looked prepared as he arrived, said he will have an easy job today since all he has to do is tell the truth.”

Not the only one crying “fraud”

As Norbert writes, Hodlonaut told the court that Charlie Lee was able to prove cryptographically that he was the creator of Litecoin (LTC), wondering “why couldn’t Wright do it the same way?”

Furthermore, he referred to the private “signing sessions” that made him skeptical, adding that Craig became aggressive when criticized by an expert.” On top of that, Hodlonaut said he was just one of the many skeptics, stating that:

“The Guardian used the word ‘fraud’ in 2016. Twitter and Reddit were in absolute consensus that Wright is a fraud. Says Vitalik stood up at a conference asking “why is this fraud allowed to speak at this conference?”

Asked about what he thought was Wright’s motivation to pose as Satoshi, Granath cited mental illness, as well as “possible tax troubles, and general profit motives, illustrated by the name “Bitcoin Satoshi Vision” (BSV), claiming to be “the real Bitcoin” to fool people.”

Addressing the tweet in which he called Wright a “sad pathetic scammer”, Hodlonaut acknowledged he was being emotional and disappointed that people were allowed to operate in such a way.

As a reminder, Wright has been asserting to be the pseudonymous Bitcoin inventor, so far without offering much proof other than stating that there were people who can substantiate his claims and verbally attacking those asking him to present evidence.

Due to this, he has provoked many critics to publicly accuse him of being a fraud and scammer, including Ethereum (ETH) co-founder Vitalik Buterin who dared Wright to sue him.

More recently, in August, the High Court of Justice in London declared Wright’s claims in a defamation case against a crypto podcaster and blogger Peter McCormack as false, Finbold reported. 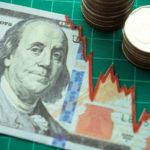