The token, which launched only 18 months ago, is the world’s eighth-largest cryptocurrency, with a market value of little more than $35 billion, based on CoinMarketcap.com statistics.

Crowd excitement and volume have reached record highs as weighted sentiment surpasses four deviations above its mean, according to data revealed by crypto on-chain social and fundamental insights website Santiment.

Also, as per Santiment data, “SOL” and “Solana” were the two most popular trending terms on social networking sites.

Solana’s surge was sparked by the launch of NFTs, the blockchain-based digital art collectibles that are becoming popular among celebrities. Indeed, transaction traffic spiked with the publication of the Degenerate Apes NFT collection, which attracted the attention of creators and token holders in the Solana ecosystem.

Furthermore, in the cryptocurrency ecosystem, the “wormhole project,” which, according to an official release, aims to link Solana with other prominent decentralized financial networks, including Ethereum, Terra Money, and Binance Smart Chain, is gaining traction as traders and experts anticipate the introduction of a three-way cross.

Whatsmore, As part of the “wormhole” protocol, tokenized assets may be moved from one blockchain to another via a bidirectional bridge resulting in more decentralized apps benefitting from Solana’s high speeds and low costs.

The wormhole is currently operational and allows for the exchange of assets from the Ethereum blockchain, but the Solana team has plans to expand the bridge and turn it into a three-way cross.

Moreover, over the past two weeks, there has been an uptick in institutional demand as Osprey Funds registered for a Solana trust ahead of competitor Grayscale, indicating a rise in institutional interest for the product.

For dominance in the non-fungible token and decentralized financial ecosystem, alternative blockchains to Solana’s are vying for the attention of investors. Cardano (ADA) Founder Charles Hoskinson recently remarked on SOL’s improvements and development. 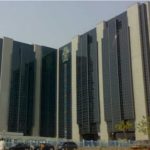