Investment banking firm’s Oppenheimer head of technical analysis (TA) Ari Wald has warned that the bitcoin and cryptocurrency volatility might not go away.

His sentiments come as cryptocurrency proponents project low bitcoin volatility as institutional investors participate more in the sector. Wald advises investors to be resilient and brace for long volatility spells.

“You need to be able to stomach that volatility. It’s there to stay. With the upside reward comes a lot of volatile day-to-day and even week-to-week action,” Wald said.

The analyst, for instance, referred to recent bitcoin performance in February. The asset dropped from a high of $58,000 to about $44,000 within 24 hours but upheld its trend lines.

Wald, however, remains skeptical about Bitcoin’s long-term viability stating that it cannot be determined at the moment.

He echoed the same sentiment as Federal Reserve Chairman Jerome Powell, who termed digital assets as highly speculative while stressing that bitcoin won’t be replacing the dollar.

However, Powell backs bitcoin to be a gold substitute, but the price swings make it unfit to replace the dollar.

“Crypto assets are highly volatile – see bitcoin – and therefore not really useful as a store of value. They’re not backed by anything. They’re more of an asset for speculation,” Powell said.

Powell further maintained that the Federal Reserve is still exploring the possibility of rolling out a digital dollar but called for further research.

Following the sentiments, bitcoin slightly dropped on March 22, 2021, by about 3%. However, by press time, the price had recovered 1.2% to trade at $55,901, according to data provided by CoinMarketCap. 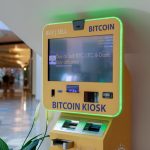