It would seem for some investors the allure of cryptocurrencies as a long-term investment to help generate wealth over the long-term is waning.

In particular, the respondents of a survey on Americans’ preferred long-term investments for collecting wealth had their say on their choices and crypto came out bottom, according to the findings of Bankrate’s tenth annual study published on July 20.

Specifically, only 6% of the 1,025 people who participated in the study chose cryptocurrency as their primary long-term investment, which is a significant drop from the 92% who did so in 2021.

The investment alternatives that were provided, included investing in real estate, equities, bonds, gold, and other precious metals, but ultimately showed that crypto was the one chosen by the fewest people.

“When prices were going up, preference and opinions of crypto were much more positive. Now that the prices are going down, the bloom is off the rose, even for younger investors.”

In the past few months, the cryptocurrency market has been in a downward spiral, with values of most currencies plummeting and major players going bankrupt; however, the market has lately shown indications of a resurgence in the last week.

Real estate investing was the top response in this year’s Bankrate study, with 29% of respondents indicating it is their favourite option to invest money they won’t need for at least ten years.

It is not unexpected that investors are leaning toward real estate, since it was the top answer last year as well. According to McBride, this may involve purchasing a physical residence, investing in real estate investment trusts (REITs), or putting money into another fund.

Given that millennials have reached the age when they are most likely to purchase a house and that demand has been so high over the previous few years, McBride does not anticipate that this will change in the near future.

“The question’s been thrown out, ‘Are we in a real estate bubble?'” says McBride. “The demographics suggest that the demand is going to remain strong for years to come.”

Despite its volatility, the stock market remains a top option for investors seeking to generate long-term wealth. The proportion of respondents who selected equities as their main option increased significantly over the previous year, jumping from 16% to 26%.

According to McBride, long-term investors are less frightened despite the market’s significant decline in comparison to the previous year. This may seem illogical considering how much the market fell in 2020, but McBride believes this is because they have just seen the market recover. 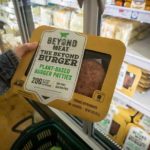