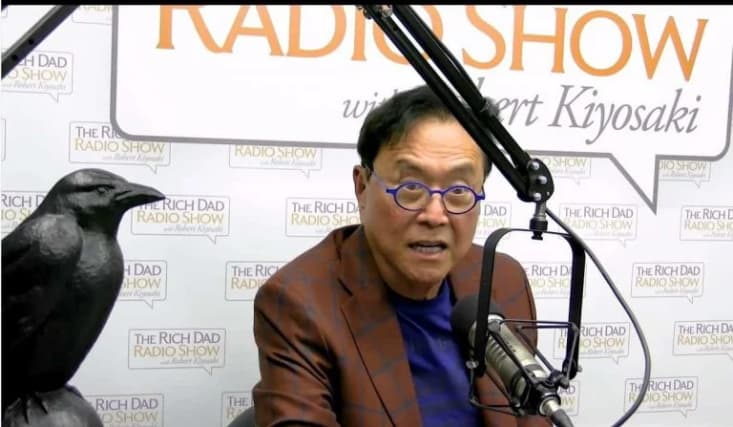 American businessmen Robert Kiyosaki has claimed that the United States is slowly shifting from capitalism to socialism with the election of Joe Biden. Although the results are yet to be certified in most states Biden has emerged victorious unseating President Donald Trump.

According to Kiyosaki, the election of Biden will act as a catalyst for the shift. He singled out big tech companies from Silicon Valley as the enablers of socialism in the United States.

During the live call on the Valuetainment podcast which aired on November 10, 2020, an American businessman and author noted that he has suffered censorship from Twitter and Facebook, which is a sign of communism as opposed to the first amendment. According to Kiyosaki:

“How in the world are we censored again? Why are we censored? You know, I…Donald Trump is my friend. His two sons and I are a really good friends. When I mentioned him in my tweets, I get taken off. We got on our radio show Eric Trump, where we talked about how they’re keeping their hotels filled now that COVID-19 emptied them. And it was nothing political, but they just took it off. I just can’t believe this. That’s communism. That’s censorship. That’s the first amendment: freedom of assembly, freedom of speech, freedom of religion is gone. That’s what I’m upset about. This was more than election, my friend. And it makes me sick to my gut.”

He accused the likes of Facebook founder Mark Zuckerberg and Amazon’s Jeff Bezos of taking away the American first amendments. Kiyosaki accused the tech companies of running the world through social media and fake news media. He said:

“When Silicon Valley can censor the world as big brother we have bigger problems than Trump. When I get my tweets taken down my company is censored by Silicon Valley. Bezo’s Washington Post – they called me a racist.<…>It was more than the election. We’re shifting from capitalism to socialism. When Zuckerberg runs America through fake media and social media we have bigger problems than Trump. We are now a totalitarian state.<…>The first amendment was taken away from us. By Silicon Valley, by Zuckerberg, Bezos and those guys. That’s the problem. It’s a bigger problem than Trump. He got crushed by social media.<…>The new President, you know, is Kamala Harris. They worked out of Silicon Valley. I hate to say that, but that’s big brother.”

Intentions to invest in Bitcoin

Kiyosaki further questioned why the American education system does not teach about money. In the past, the “Rich Dad Poor Dad” author stated that he does not trust the US dollar over its centralization.

He has previously expressed his interest in using the stimulus package to invest in silver, gold, and Bitcoin, terming them as real money.