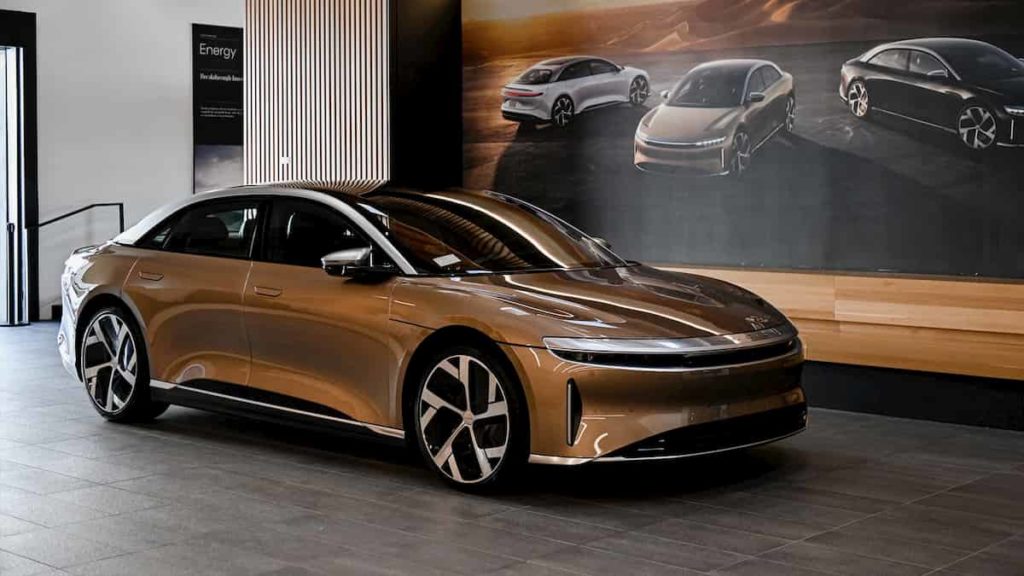 On Monday, November 15, Lucid Motors (NASDAQ: LCID) closed at $44.88 +0.95 (+2.16%) after the release of its third-quarter financial results and further information on car reservations.

Premarket trading on Tuesday, November 16, saw Lucid stock surge 6% although investors may have anticipated a decline in the stock’s price after the results report. However, despite the company reporting a low number of sales and a loss, the figures don’t necessarily mean much at this point, as LCID is on the verge of delivering a large number of vehicles.

A positive short-term momentum looks to be developing for the company based on its recent performance and a price that is above both SMAs; in particular, the firm is now 77% above its 20-day SMA line.

A range of $23.41 to $48.04 has been maintained over the previous month, and LCID is now trading towards the top end of this range as well as the upper end of its 52-week zone, while the S&P500 Index is approaching a new high, indicating that the stock is moving in tandem with the market.

Additionally, the stock of LCID may see a strong short-term impulse as a result of the company winning the ‘Motor Trend Car of the Year Award’.

Looking at the daily time frame, we noticed one central support region around $26.40, from a trend line. Furthermore, at the time, it does not provide a high-quality setup.

The price movement has been a touch too unpredictable to discover a suitable entry and exit position at the current time. As it is still in the price discovery phase, it’s generally prudent to await consolidation first.

Although it is also encouraging to see that the stock has not been adversely affected by the Q3 results, Lucid has benefitted from the long-awaited deliveries, which have allowed the company to book orders and build excitement around the premium EV in the months leading up to its first delivery.

While the overwhelmingly positive reception to Rivian Automotive’s (RIVN) first public offering also benefits other EV stocks. Rivian issued shares to the public at $78, but the stock closed Monday at more than $149.

It’s noteworthy that sales of around $232,000 and a loss of 43 cents per share were announced by Lucid, although the sales were not from cars that had been delivered to customers, revenue came from the usage of Lucid’s battery-pack technology in the Formula E racing series.

As we reported earlier, deliveries only began on October 30, shortly after the quarter came to a conclusion; thus, any profits “miss” isn’t significant at this stage as it does not tell the full story. Wall Street analysts did forecast the company making a loss of 25 cents a share on sales of around $1.3 million this quarter.

However, in 2022, Wall Street expects the firm to achieve $1.7 billion in sales, which is encouraging news for investors, which is one of the reasons why the stock price has risen again in recent weeks.

Whatsmore, the firm said that as of the end of the third quarter, it had reservations for 13,000 automobiles, representing around $1.7 billion in potential sales and that the total number of reservations had subsequently increased to 17,000 cars; in other words, they are on track to meet Wall Street analysts 2022 expectations.

Finally, Lucid is now selling at a price that is about 40 times its projected 2022 revenues, as shareholders are excited by the delivery news, and it seems that investors have high expectations for CEO Peter Rawlinson and the rest of the firm.

Meanwhile, discussions about the process of scaling up production as well as the expectation for deliveries in the fourth quarter and early in 2022 will continue to pique the curiosity of both investors and analysts.