Rivian Automotive, Inc. (NASDAQ: RIVN) is up 7% after its first initial public offering (IPO), with the company temporarily reaching $100 billion in value on November 10.

In its first public offering, the electric truck and SUV manufacturer, backed by e-commerce powerhouse Amazon (NASDAQ: AMZN) and automotive giant Ford, set a price range of $72 to $74 per share.

Remarkably, the firm instantly surpassed rival automakers, GM, which has a market capitalization of $85 billion, and Ford, which is another one of its primary investors with a market cap of $79 billion.

It’s worth mentioning that the most recent IPOs to achieve such valuation levels were Meta  (FB: NASDAQ) which reached a peak market capitalization of $104 billion, and Alibaba Group (NYSE: BABA) in 2014, which was valued at over $167 billion.

Rivian raised around $12 billion in the first public offering to support expansion, a sum that might climb to $13.7 billion if the whole over-allotment of shares is completed. The IPO has elevated the RIVN to the second most valuable carmaker in the United States, behind only Tesla (NASDAQ: TSLA), valued at $1.06 trillion.

In July, Tesla’s stock initially surged in response to news that construction delays and supply-chain problems caused by the pandemic, Rivian had to postpone deliveries of its much-hyped R1T electric pickup vehicle.

Elon Musk’s firm didn’t have to compete with a new electric pickup truck for a few months since Rivian was focused on keeping Amazon pleased. Meaning TSLA could compete in the electric truck (rather than electric-car) market by selling to individual consumers, thanks to Rivian’s manufacturing delays.

In particular, Amazon placed an order with Rivian for 100,000 automobiles to be delivered by 2030; the firms want 10,000 new Rivian-Amazon delivery trucks on the road by the end of next year.

Before the company’s first public offering, Amazon, which had invested more than $1.3 billion in Rivian, held 22.4% of the company’s Class A shares. At the current offer price, the shareholding is worth around $12.5 billion. Likewise, Ford has a 14.4% holding in Class A shares, currently worth $8 billion.

According to Rivian’s prospectus, the company expects to lose up to $1.28 billion in the third quarter, with revenue ranging from $0 to $1 million in that period. Making it is the latest electric vehicle firm to garner investor funding at a high valuation without having shown that it has a viable business plan. 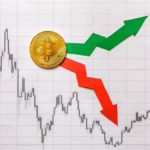 Crypto community bets Bitcoin to trade at $53,000 by the end of December