The abrupt collapse of the Terra ecosystem has sent shockwaves across the cryptocurrency community over the last few weeks. When the company’s algorithmic stablecoin (UST) lost its dollar parity, everything came tumbling down.

As a result of the collapse, many investors were left with nothing, and the value of Terra (LUNA) dropped to less than one cent. Since then, the community has held a vote and approved a proposal that, in essence, would result in the creation of a new chain (LUNA 2.0) but with a lot of alterations.

According to the data from Google Trends gathered by Finbold on May 25, the level of interest in the expected new blockchain had risen sharply.

LUNA’s market cap dropped below the $1billion mark, falling in the last 24 hours from $1.21 billion to as low as $983 million, according to CoinMarketCap data.

Notably, the ‘Terra Ecosystem Restoration Plan,’ a proposal made by the co-founder Kwon that would include the issuance of new coins and the distribution of those said coins to investors who have experienced a loss.

However, controversy still surrounds LUNA and its founder. Finbold recently reported that Do Kwon contacted five South Korean crypto exchanges to relist LUNA 2.0, but local exchanges, apart from Upbit, are maintaining their distance from Terra.

Nevertheless, global interest in ‘LUNA 2.0’ on Google skyrocketed, led by Finland, Spain and the Netherlands. Huobi then announced it would list LUNA 2.0 once it goes live to support the recovery plan of Terraform Labs following the collapse of TerraUSD and token Terra (LUNA).

After the crash, many exchanges, including Binance and Coinbase, decided to delist Terra tokens.

Despite this, Binance has said they are dedicated to supporting the rebirth via the LUNA 2.0 platform. After Kwon’s request was accepted, the platform confirmed, through a post on Twitter dated May 25, that it had begun a collaborative partnership with Terra. 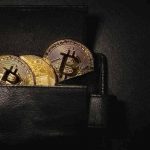 Number of new Bitcoin addresses plummets; What does it mean for BTC?