Shiba Inu (SHIB) finished the week ending January 13 as the most popular cryptocurrency in the market, with the dog meme token ranking first on CoinMarketCap’s trending list.

With the launch of the Shibarium testnet on the horizon, traders and investors are eager to know at what price SHIB will trade next month as Shiba Inu developers published details on how the new Ethereum layer-2 blockchain will operate on January 15.

The machine learning algorithm at PricePredictions projects that SHIB is likely to extend the bullish trend across January into February. According to the projection, the decentralized finance (DeFi) asset would likely trade at $0.000011 on February 1, representing an increase of about 4.66% from SHIB’s price at the time of publishing.

Notably, year-to-date (YTD) SHIB has added over $1.3 billion to its market capitalization, which currently stands at $5.7 billion as of January 17.

TradingView’s technical analysis (TA) indicators on 1-day gauges still remain largely bullish for the time being, with their summary pointing toward ‘buy’ at 13. These results are aggregated from oscillators pointing toward ‘neutral’ at 7 (with 2 for ‘sell’ and 2 for ‘buy’); moving averages at the same time indicate a ‘strong buy’ at 11 (as opposed to ‘sell’ at 3 and ‘neutral’ at 1).

The developers of Shiba Inu have announced that the release of Shibarium is “imminent” and have provided data regarding the functioning of the Layer-2 blockchain.

The blog reaffirms that BONE will function as Shibarium’s gas token, and that SHIB will be burned during transactions. The developers also go through the selection and rewards system for the new blockchain’s Validators and Delegators in terms of BONE and the planned TREAT token.

Crypto traders will be hoping that once Shibarium Beta is launched, the Layer 2 Network will be a catalyst for further price increases. 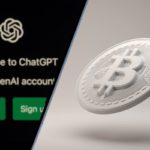 We asked ChatGPT what will be Bitcoin price in 2030; Here's what it said