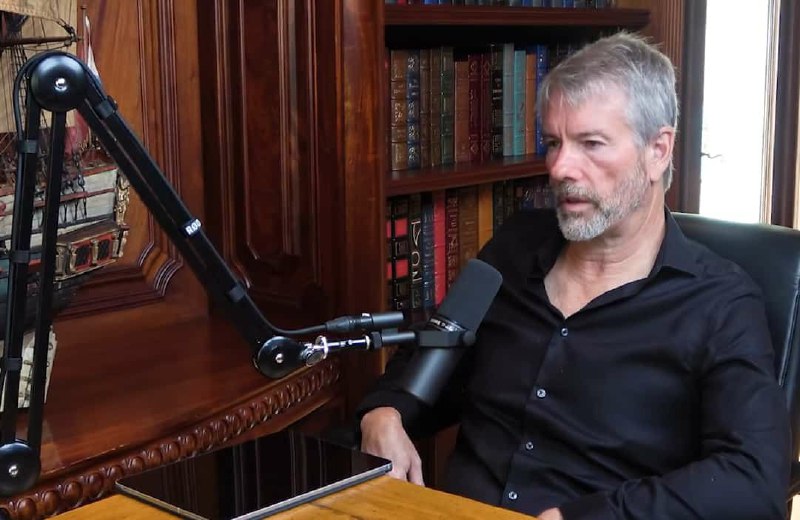 MicroStrategy (NASDAQ: MSTR) chairman and CEO Michael Saylor has dismissed rumors that the company is secretly selling its Bitcoin holding.

Through his Twitter account, Saylor stressed that as a publicly listed company, Microstrategy is obligated by the law to file any transactions with the Securities Exchange Commission.

Rumors about MicroStrategy selling its Bitcoin stash emerged after an address identified as “1P5ZED” was involved in moving a significant amount of the asset. According to analysts and crypto enthusiasts, the whale was likely MicroStrategy or a cryptocurrency exchange.

In his tweet, Saylor stated that any Bitcoin sale would be communicated to shareholders. Worth noting is that Saylor has maintained that the company will never sell its Bitcoin holding.

“Not sure who needs to know this, but when $MSTR makes any material change to its corporate strategy (to acquire & hold Bitcoin) or to its Bitcoin holdings, we disclose this to our shareholders via SEC filings, available to all,” said Saylor.

Saylor has emerged as a huge crypto proponent leading the institutional investment in Bitcoin. Despite the asset undergoing phases of volatility, Saylor has remained bullish on the prospects of the asset.

As reported by Finbold, Saylor stressed that the company plans to continue investing in Bitcoin with the view that widespread adoption is imminent. This is after the SEC recommended that the company amend its disclosure in future filings amid high volatility.

The company, which is highly viewed as creating the pathway for institutional investors to get involved in Bitcoin, aims to find revenue sources to accumulate the asset.

Recently, MicroStrategy’s Bitcoin holding hit almost 130,000 BTC after spending an additional $200 million to acquire the asset. The coins were purchased from a Bitcoin-backed loan.

Saylor’s bullishness towards Bitcoin stems from the executive’s belief that the cryptocurrency can solve some of the inefficiencies in the traditional financial sector.

According to Saylor, Bitcoin is a critical hedge against the dangers of inflation, with the asset outperforming traditional products like gold and Nasdaq.