The highly expected Netflix (NASDAQ: NFLX) earnings had numerous areas to cover, which were of the utmost importance for the future of the company. Subscriber numbers, the potential launch of advertising-supported membership options, and efforts to monetize password sharing were among the key points in the report.

The number of subscribers that was expected to be lost by Netflix was 2 million; instead, the company lost “only” 1 million. This, in conjunction with other information, caused the stock to surge by more than 13% collectively during the trading day and in the after-hours session.

During the earnings call, Reed Hastings, Co-Chief Executive, highlighted the effectiveness of their marketing and their content.

“Looking at the quarter, Doug, we’re executing really well on the content side. Obviously, Ozark, Stranger Things, lots of titles, lots of viewing. We’re improving the — everything we do around marketing, improving the service, the merchandising, and all of that slowly pays off. If there was a single thing, we might say Stranger Things.”

In the last couple of trading sessions, trading volume was significantly up, while multiple bottoms have been noted on the daily chart. After the stock surged in the last trading session, the shares are down over 66% year-to-date (YTD).

Moreover, for the most part, analysts rate the shares a hold, predicting that the average price of NFLX could trade at $235.08, a potential 16.59% upside from the current trading price of $201.63.

Market participants seem to have enjoyed what NFLX presented during their earnings release, and the share price has responded. Prior to the release of the earnings, expectations were for the stock to have a violent move depending on the outcome, just like during the last earnings.

However, despite the short-term trend remaining positive for the stock, more volatility could be expected going forward as the price settles and investors get to grips with everything that Netflix has thrown at them. 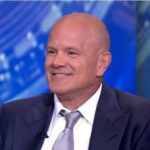