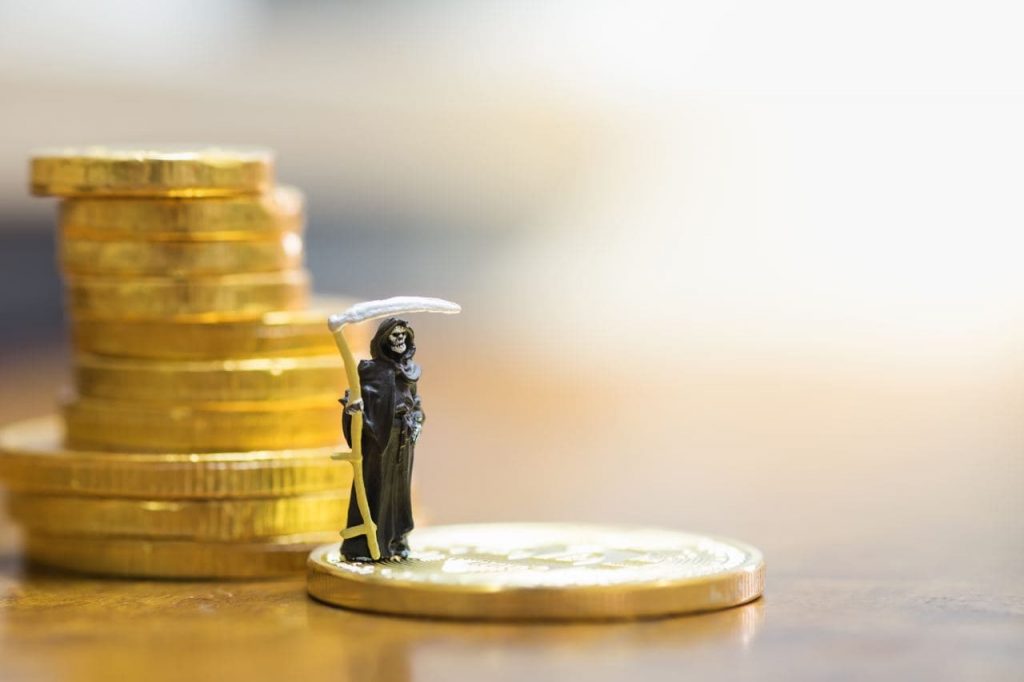 In the market that currently counts nearly 19,000 cryptocurrencies, some of them were bound to have failed or turned out to be scams; as per available data, this has occurred to more than 1,700 digital assets so far.

Specifically, there were 1,705 dead coins as of April 6, 2022, according to data acquired by Finbold from dead coin analytics platform 99Bitcoins on April 20. The list of notable dead coin examples includes BitConnect (BCC), VegasCoin (VEGCOIN), and Storeum (STO).

Dead coins are digital tokens that have turned out to be scams, abandoned by their teams, lacked funding, or failed for any other reason and therefore are no longer viable or active. On rare occasions, some of these coins may return to life and grow their value if they gather enough interest.

Some of the names of dead coins may ring a bell and for a good reason. For instance, the BitConnect team had invested a lot of money into marketing only to turn out to be a massive Ponzi scheme that raised over $2 billion from investors.

In addition to the 1,700 names on the list of dead coins, there are some that have shown the potential to join them due to similar reasons which killed others.

One of them is SafeMoon, which many analysts have long warned was a pump-and-dump coin. Recently, its former marketing chief Ben Philips was caught in a classic $12 million pump and dump scheme, as he used his influence to ‘pump’ the token’s price, only to sell it at inflated prices.

Another is the Squid Game (SQUID) cryptocurrency inspired by the popular Korean Netflix (NASDAQ: NFLX) show, the value of which had dropped to almost zero six months ago after the project went offline. According to the notification on SQUID’s CoinMarketCap page, “the project is now ostensibly run by the community” after the developers ran off with millions.

Unfortunately, the SQUID investors are far from the only ones being blind-sided by crypto scammers in the so-called ‘rug pulls’ – a colloquial name for this type of crypto scam. In 2021, around $2.8 billion in assets were stolen due to such schemes, which is an average of more than $7 million per day.