On February 18, 2021, Ethereum hit a new all-time high price above $1,900 as the asset’s rally continued. The new on-chain data now points to some of the underlying factors that might be propelling Ethereum’s current rise.

The data provided by Ki-Young Ju, CEO of on-chain analytics service CryptoQuant, indicates that there were three massive Ethereum withdrawals from Coinbase cold wallets towards the end of last year. The outflow amounted to about 198,862 ETH (or $381.6 million as of writing), all through OTC deals.

If the outflow triggers a new significant price movement, Ki notes that it is worth setting an alert for the $30,000 mark.

“There were three consecutive massive $ETH outflows from Coinbase cold wallets last year. Speculative guess, but those might be OTC deals for institutional investors like $BTC Coinbase outflows. You might want to set an alert for this. (> 30k),” said Ki.

Before the current high, Ethereum has been trading in a sideways manner, focusing on an upward price movement. The asset is looking forward to hitting the $2,000 mark. Analysts believe that since ETH has spent more time below the $2,000 level, chances are high it will avoid retrenchment.

In another tweet, Ki adds the current ETH all-time differs significantly from the 2018 high based on the number of withdrawals and deposits.

Ki believes the massive movement of Ethereum might be from large volume investors closing over-the-counter (OTC) deals. Notably, a similar scenario occurred in the case of Bitcoin.

The significant outflow shows that the fear of missing out might have set in among institutions. The withdrawals happened when the Bitcoin bull run had begun, and most investors were looking for the next asset that will join BTC. By press time Bitcoin was trading at a new all-time high of above $51,000.

Interestingly, in early January this year, Ki published on-chain data indicating that about 12,000 Bitcoin had moved out of Coinbase Pro wallet to various cold wallets for custody. The transaction was likely facilitated by over-the-counter deals and acted as a key trigger towards the new record price.

The current Bitcoin rally is highly supported by institutions investing in the asset. Companies like MicroStrategy and Tesla (NASDAQ: TSLA) have converted massive cash reserves into Bitcoin recently. 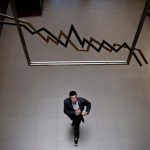