The value of meme cryptocurrency Shiba Inu (SHIB) has struggled to remain stable across 2022, partly impacted by the prevailing market uncertainty. Indeed, the depressed SHIB prices have directly influenced the gains and losses incurred by the token’s investors.

In particular, analysis of the money made by investing in SHIB indicates that at the asset’s price by the time of publishing, about 76% of holders are in loss, while only 15% are in profit. The remaining 9% have broken even.

Further review of on-chain data indicates that a majority of SHIB holders, at 52%, have held the token for more than one year, while 40% are investors for less than 12 months. Only 8% are holders for less than a month.

As things stand, SHIB is trading at $0.0000090, correcting by less than 1% in the last 24 hours. The asset’s price has failed to make a decisive move, with investors appearing to sell the token, losing about $510 million in the capital within a month.

Furthermore, Shiba Inu’s one-day technical analysis retrieved from TradingView remains bearish, with a summary pointing at selling with a score of 14. Moving averages recommend a ‘strong sell’ at 12, while oscillators are also a ‘sell’ at two.

What next for SHIB?

It is also worth noting that SHIB’s price has taken a hit despite developers on the network working to give the token more utility, focusing on improving aspects such as the metaverse and decentralized finance (DeFi) capability.

At the same time, SHIB has failed to reclaim last year’s highs, emerging as a victim to the crypto markets battering by macroeconomic factors and the fallout from the FTX crypto exchange collapse.

However, there is a long-term belief in SHIB’s prospects, with the network attracting more holders. As reported by Finbold on November 21, SHIB added over 50,000 new holders within a month as investors ignored the price correction.

Similarly, the SHIB community remains bullish, projecting that the asset will trade at an average price of $0.000011 by December 31. The value represents a growth of over 23% from the SHIB price at the time of publishing. 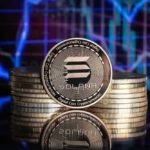