As the bearish streak for the entire cryptocurrency market along with its major assets, such as Bitcoin (BTC) and Ethereum (ETH) continues, a lot of the market participants are starting to wonder about its strength and viability in the long run.

Author of the personal finance book ‘Rich Dad, Poor Dad’ Robert Kiyosaki, discussed these important issues with Jeff Wang, a contributor to the Rich Dad crypto newsletter, on his YouTube channel on May 11.

Likewise, Wang touched upon the correlation between crypto and the stock market, as well as crypto’s advantage over the other, explaining that:

“Crypto over the years has gotten closer and closer to being extremely correlated with the stock market and particularly growth stocks. If you look at NASDAQ, it’s down 21% year-to-date. Bitcoin’s actually outperformed that – it’s only down 17% year-to-date.”

He concluded that “even though stock markets and crypto are in a bear market, you can see crypto is very tightly correlated with the tech stocks.”

‘Government will never be able to stop Bitcoin’

Asked whether he expected the dot-com crash would happen to all the new crypto coins and projects popping out every day, Wang said crypto would probably continue to remain correlated with growth stocks, but that “98.9% of the coins will probably be worthless.”

Wang asserted that there were very few coins that are actually building real value, but that “all the other coins are just cash grabs – they’re just copies and clones of each other, so it’s very important to know which coins are trying to do something for the world and what are the projects that are there just to make money.”

The topic of the discussion then switched to the central bank digital currencies (CBDCs) and the issue of governments potentially using them to exercise control over the crypto market, or even trying to stop crypto and Bitcoin altogether.

Wang believes that CBDCs have their pros, including instant settlements and cutting out the middlemen, but also their cons, which is greater government oversight of everyone’s transactions. 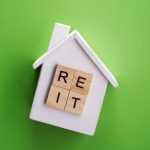