The value of the United States dollar has fallen considerably in recent years, raising questions over the dollar’s long-term viability as a safe-haven currency.

According to data presented by Finbold, the U.S. dollar has depreciated sixfold over the past 50 years. In 1972, the worth of one dollar was $1, but by 2022, the value of a dollar has dropped by an incredible 86%, to $0.14. The dollar depreciation data is derived from statistics supplied by the United States Department of Labor and calculated by the researchers at officialdata.org.

The depreciation directly lowers the dollar’s purchasing power; thus, $1 in 1972 is worth $6.99 today, when $1 is equivalent to $6.99 over time, then the “real value” of a single United States dollar diminishes with time. In other words, a dollar will buy you fewer items at the grocery store than it previously would otherwise.

How inflation affects the dollar

Since 1972, the rate of inflation in the United States has risen, even as the economy has recovered from the depths of severe crises such as the 2008 recession and the effects of the ongoing Covid-19 pandemic.

The U.S. dollar’s value has fallen as a consequence of the government’s continuous money printing, with major central banks pumping $9 trillion into the economy amid the pandemic.

When inflation is high, the dollar’s buying power decreases; in most circumstances, depreciation happens when the government resorts to printing more money to address the deficit.

The Federal Reserve’s actions in averting economic crisis have also played a significant role in depreciating the dollar. As a result of Congress enacting stimulus packages to assist companies and people in staying afloat, more money has been created, with interest rates remaining relatively high.

Meanwhile, the United States’ budget imbalance has reached dangerous levels, which has contributed to rising inflation. In the past, huge deficits have also been associated with higher inflation.

The rising cost of petrol, groceries, new cars, and mortgage rates looks to be something that Americans will have to get used to. It is possible that the rate of inflation may not revert to pre-pandemic levels of less than 2% for at least another three years.

Fears of a depreciating dollar

As the value of the dollar continues to decline, there is fear that the dollar’s standing as a safe-haven currency may be eroded relatively soon.

Given that gold has traditionally served as a safe haven during economic downturns, investors are now looking at purchasing the yellow metal. Investors in gold may profit if the currency falls quicker than expected, resulting in hyperinflation. However, some analysts consider that gold will only trade in a $200 range over the next couple of months.

Last but not least, the emergence of cryptocurrencies such as Bitcoin has gotten significant support from institutional investors. The dollar’s declining value is cited as one of the key reasons investors are interested in investing in the cryptocurrency, which is often referred to as “digital gold,” owing to its limited supply.

Notably, as of March 10, Bitcoin’s inflation is now fives times lower than the U.S. dollar’s and decreasing, positioning the popular cryptocurrency as a potential defense against inflation.

In fact, Finbold reported in February the U.S. dollar lost 97% of its purchasing power against Bitcoin in the last 5 years.

With that being said, investors should exercise caution, though, since the Federal Reserve recently hiked interest rates this year to battle increasing prices, which may result in a move away from crypto and into conventional savings accounts. 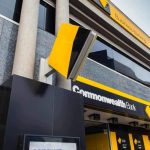