Despite the widespread ban on digital assets, China has unwittingly become a crypto ‘whale’ with so much power on its hands that it could annihilate the entire cryptocurrency market in seconds if it wanted to.

Indeed, after confiscating a large quantity of Bitcoin (BTC) and Ethereum (ETH) from the Plus Token scheme in 2019, the Chinese government now holds more of it than MicroStrategy or Elon Musk’s Tesla, Inc. (NASDAQ: TSLA), crypto writer Paulo A. José reported on November 13.

This information was originally published on November 2 by the founder and CEO of blockchain data analytics platform CyptoQuant, Ki Young Ju, who also posted a table listing the public companies with the largest Bitcoin holdings.

“Chinese authorities seized 194k BTC, 833k ETH, and others from the PlusToken scam in 2019. They forfeited these $6 billion-worth assets to the national treasury. FWIW, MicroStrategy has 130k BTC.”

According to Young Ju’s separate Twitter comment, China isn’t the only ‘hodler’ state, as he highlighted that the “government of Bulgaria *might* have 200k+ Bitcoins” confiscated from a crypto-crime ring in 2017.

Commenting on this data in a Twitter direct message to Fortune, Young Ju stressed that:

“Sell-side liquidity from miners, institutional investors, and retail investors is almost nothing if you compare governments.”

Drawing parallels with the Terra (LUNA) platform collapse, Young Ju explained that “Bitcoin dropped from $30,000 to $17,000 because of Luna sell-side liquidity. That was around 80,000 Bitcoin, so it’s basically twice [the Terra Luna collapse],” Business Insider reported.

In José’s opinion, if China were to start selling the confiscated 194,000 BTC, it could seriously damage the crypto market, taking Bitcoin price down to $5,000 in less than seven seconds.

Interestingly, China has been on an anti-crypto crusade since mid-2021, enforcing a state-wide ban on all crypto-related services, but the ban hasn’t prevented it from ranking among the top ten leading countries in adopting digital assets.

On top of that, the mining activities in China have continued after a negative period that ensued after the ban’s introduction, counting 65 reachable Bitcoin nodes as of November 11, according to the data by the crypto analytics platform Bitrawr retrieved by Finbold.

Meanwhile, after the crypto market wiped $180 billion from its market cap, technical analyst Matthew Hyland criticized its interconnectedness, which he believes has led to the FTX liquidity crisis spilling over onto the rest of the industry. 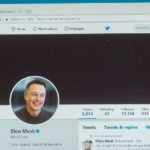