For years, the cryptocurrency sector has received criticism for harboring scams that have translated into massive losses for users, with the FTX exchange collapse emerging as the latest high-profile incident.

For instance, in 2021, cryptocurrency scams resulted in a loss of about $7.7 billion, with rug pulls accounting for $2.8 billion of the losses. Notably, a rug pull can be defined as a cryptocurrency developer abandoning a project or token, draining all funds, and disappearing.

Notable incidents include the OneCoin case, where users lost between $4 billion and over $15 billion. It is worth noting that the incident does not fully qualify for a rug pull since the currency in question was never publicly traded or decentralized.

Additionally, the Turkish crypto exchange Thodex scam hit the headlines in 2021, with the platform’s founder making away with $2.6 billion in investor funds. Interestingly, Thodex proprietor Faruk Özer had alleged that the exchange was hit with a cyber-attack. As reported by Finbold, Özer was arrested in Albania following his disappearance with funds belonging to about 400,000 users.

At the same time, Ethereum Max (EMAX) token also followed the same trajectory losing its value to near zero with regulators taking action against some of the asset’s promoters, including socialite Kim Kardashian.

In general, other rug pulls have resulted in the loss of between $22 and $58 million leaving devastating effects on small users.

Furthermore, due to the unregulated nature of cryptocurrency sectors, crypto businesses involving decentralized finance (DeFi) platforms have also been targeted by scammers. Consequently, over $14 billion in crypto transactions across 2021 were linked to illegitimate activity.

Indeed, cryptocurrency thefts accounted for $3.2 billion of the overall amount in illegitimate transactions, with 72% of the stolen money retrieved from DeFi protocols.

It is worth noting that scams are the main reason crypto skeptics push for the sector’s total ban. In this line, Berkshire Hathaway (NYSE: BRK.A) vice chairman Charlie Munger recently denounced crypto as a “bad combination” of “partly fraud and partly delusion” and “a currency that is good for kidnappers.” 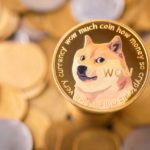