The legal battle between Ripple and the Securities and Exchange Commission (SEC) has entered a crucial stage as both parties await the final judgment date, which remains uncertain.

Amid the lingering uncertainty, the case recently took a twist after Ripple filed a motion opposing a filing by “Investment Banker Declarant,” who is seeking to keep certain information private, including his name, position, and employer. The individual had previously submitted a declaration supporting the SEC’s summary judgment motion.

However, in the latest update, defense attorney James Filan revealed in a tweet on January 25 that the “Investment Banker Declarant” filed a response to Ripple’s opposition to their motion.

The response partly argued that if their identity is revealed to the public, it will hinder future investigations as witnesses might fail to cooperate over a failure to guarantee confidentiality. He called on the court to abide by its previous assessment that witnesses involved in the case face a high risk.  The individual has maintained that he joined voluntarily, hence the need for protection.

Therefore, the filing has added another layer of complexity to the case as the court will now have to consider both sides of the argument for the legal battle in which Ripple is accused of selling unregistered securities in the form of XRP tokens. In this line, the matter is facing several contentious issues likely to impact the overall crypto space.

The court’s decision on whether or not to seal certain documents has become a contentious point in the case, with both Ripple and the SEC fighting to protect their respective interests. For instance, the focus is on sealing documents relating to the William Hinman speech, where the former SEC official stated that Bitcoin (BTC) and Ethereum (ETH) are not securities.

As the legal proceedings come to a close, speculation about the possible outcome of the case has intensified. Ripple and the SEC have both expressed confidence in their chances of success, but U.S. lawyer John Deaton has pointed out it is not easy to predict the outcome.

Additionally, it remains to be seen if the parties can settle after the ruling to avoid further appeals.

The final ruling, in this case, is eagerly awaited by not just the crypto community but also the financial industry, as it can significantly impact how digital assets will be regulated and treated in the future.

With the case outcome expected to impact the future of cryptocurrencies, XRP is likely to be among the first tokens to feel the effect. Currently, XRP is trading at $0.41 with 24-hour gains of about 0.5%.

In the meantime, the token is in recently a long consolidation phase as the SEC lawsuit enters its final stages. 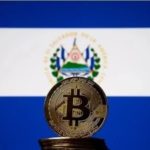