The cryptocurrency industry is awaiting the final ruling in the case between the Securities and Exchange Commission (SEC) and blockchain firm Ripple. Notably, the involved parties have made final submissions and are awaiting the final judgment.

Amid the uncertainty around the lawsuit’s outcome, Ripple’s General Counsel, Stuart Alderoty, has warned that the ruling could have a far-reaching impact on the United States crypto industry, he said in a tweet on January 18.

“No matter how you dissect it [Ripple v. SEC case], the experts agree — the outcome of the Ripple case will likely have a significant impact on crypto’s future in the U.S.,” he said.

Alderoty made the remarks in response to a Bloomberg report indicating a tussle between which U.S. entity should regulate the crypto space. Notably, there needs to be more clarity between the SEC and Commodity Futures Trading Commission (CFTC) on who should oversee the growing industry.

It’s worth noting that the case centers around the alleged sale of unregistered securities in the form of XRP tokens by Ripple. Ripple, however, maintains that XRP is not a security but rather a currency or a commodity.

Although legal experts maintain that the case could have a varied outcome, if the SEC is successful, it could set a precedent for requiring other crypto companies and projects that may be deemed to be selling unregistered securities to register with the relevant agency.

On the other hand, if Ripple wins the case, it could have the opposite effect, potentially paving the way for greater freedom in the crypto space and acting as a catalyst for a possible bull run.

However, both parties have room to appeal a decision they disagree with. Interestingly, as reported by Finbold, defense attorney John Deaton predicted that if the case goes into the final ruling, both parties might opt for a settlement to prevent further appeals. Indeed, a possible appeal could prolong the issue and drive more uncertainty in the sector.

Additionally, in a previous poll, most of the Ripple community appeared to favor a settlement in the case that has now stretched into its year. Notably, interested parties are currently making motions likely to influence the final ruling.

For instance, in the latest update, both SEC and Ripple are tussling over the striking out of expert witnesses. Some of the grounds laid by both parties revolve around the qualifications of the expert opinion used in the case.

XRP is currently trying to reclaim the $0.40 position after weeks of consolidating below the level. By press time, the token was trading at $0.39, with 24-hour gains of almost 0.5%.

XRP also controls a market cap of about $19.75 billion. 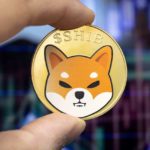