Update: (Oct. 6, 19:08 UTC): CTO Nuke Goldstein’s lawyers give statement that the withdrawals were sent to other accounts at Celsius and Mr. Goldstein did not withdraw even one dollar in the four weeks prior to the pause.

According to recently published court documents, senior executives of the crypto lending firm Celsius’s withdrew between $17 and $23 million in crypto between May and June 2022, just before the company ceased withdrawals and filed for bankruptcy.

It had appeared that the current CTO, Nuke Goldstein, withdrew $13 million (and an extra $7.8 million in CEL, which represented “collateral”). However, corresponding transactions via related businesses imply that in fact, Goldstein shifted his holdings into and out of other Celsius accounts.

“The reality is that Mr. Goldstein did not withdraw even one dollar in the four weeks prior to the pause—to the contrary, he deposited over $90,000 in CEL tokens in late May, just three weeks before the pause.  Most of the supposed “withdrawals” from our client’s account were, in fact, regular-course transfers between his accounts and involved corresponding deposits.  Indeed, in the year before the pause, Mr. Goldstein had net positive deposits into Celsius (including interest), not withdrawals.”

Per the record, over a dozen other officials, including the firm’s Chief Compliance Officer, Oren Blonstein, Chief Risk Officer Rodney Sunada-Wong, and incoming CEO Chris Ferraro, made no major withdrawals during that time period.

Celsius files for bankruptcy in July

Notably, Celsius filed for Chapter 11 bankruptcy protection in July, a month after it froze all customer withdrawals due to “extreme market conditions.” The papers released on Wednesday are the latest milestone in the troubled crypto lender’s bankruptcy lawsuit. The U.S. Trustee’s office hired an independent examiner to investigate

Within the last two weeks, both Mashinsky and Leon have left their positions at the firm. Notably, Finbold reported Celsius had also accused former manager Jason Stone of stealing millions of dollars in a lawsuit back in September.

Leaked audio recordings revealed that senior executives discussed new ideas to reorganize the lender, including issuing tokens for the company’s debt and perhaps shifting to crypto custody. The court, however, will proceed with the auction of Celsius’ assets at the end of the month.

Another document released on Wednesday shows that the bankruptcy court has ordered Celsius to keep the Unsecured Creditors Committee (UCC), which represents all consumers to whom Celsius owes assets, informed on a regular basis regarding its financial condition and cash management. 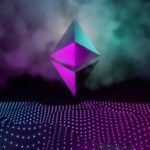 DeFi economist on post-Merge Ethereum: It's 'the foundation of the internet'