Meme cryptocurrency Shiba Inu (SHIB) has primarily traded in the red zone across 2022, with the token operating in the shadows of its unprecedented growth recorded last year. Although the appetite for meme coins appears to have cooled, SHIB’s future price action remains of interest.

SHIB continues to record an increased number of holders on the platform, with a Finbold report indicating that the token added at least 100,000 unique addresses in 2022 alone. By factoring in the network development and the general crypto market trajectory, how does it affect Shiba Inu’s price outlook for the future?

Shiba Inu’s price trajectory has significantly depended on market conditions. In the meantime, SHIB’s price continues to exhibit sideways movements, with the asset trading at $0.0000101 by press time. The token’s weekly chart shows a correction of almost 3%.

What next for SHIB price

For several weeks, SHIB’s price has consolidated in the range between $0.0000098 and $0.000011. Notably, on October 13, the asset registered a minor bounce that appeared to validate the bottom of the range and potentially act as a trigger for an upward movement, with the token forming a support level at $0.000010 as highlighted by the monthly candle chart. However, despite the recent short-term gains, SHIB’s value has plunged about 87% from the record high registered in late 2021.

However, based on the recent price movement, traders are still shying off from accumulating the asset hence the lack of strength to break out.

Based on SHIB’s recent price movement, the technicals appear gloomy for the 15th-ranked cryptocurrency by market capitalization. A summary of the one-day technicals aligns with a strong sell sentiment at 17, with neutrality standing at nine.

A breakdown of the technical analysis shows that oscillators suggest selling SHIB at three while eight are expressing neutrality. On moving averages, technicals point to a strong sell at 14, while only one shows neutrality.

At the same time, SHIB is trading below the 100-day, and 200-day moving averages, highlighting the asset might experience increased selling pressure. Consequently, the bears will likely gain the upper hand with selling intensifying and potentially breach the support level on the downside.

Furthermore, bulls might be activated if the token experiences increasing buying pressure targeting a resistance level of around $0.000015. In this line, trading above $0.000015 can indicate that bulls are back in full swing with a target of $0.000018.

It is worth noting that with the crypto market recording less activity, most investors are on the sidelines, with meme coins receiving less attention. Notably, meme cryptocurrencies’ popularity has soared during the bull market in the past, but that’s not the case at the moment.

Indeed, the SHIB community focus has been to push towards the $1 level. In this line, crypto analyst Lark Davis demonstrated how SHIB could emulate Dogecoin (DOGE) and possibly hit $1 in 15 years.

By considering the ongoing network development and the possibility of the crypto sector exiting the bear market, SHIB has the potential to break out in the future.

Like other meme coins, SHIB has come under criticism for lack of utility. However, the coin developers have taken up several initiatives to increase SHIB’s appeal among the masses. In this line, SHIB has received increased adoption in the payment space, gaming, and decentralized finance (DeFi). At the same time, the community has implemented the burn mechanism as part of reducing the token’s supply.

In general, as the market conditions remain shaky, like other assets, SHIB prospects will depend on how the economy handles the prevailing macroeconomic conditions. 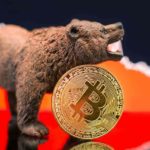