In September 2021, the Cardano (ADA) network underwent a major upgrade that included the smart contract functionality, increasing the ADA’s scalability and speed.

Since then, Plutus (a Cardano-based smart contracts platform) has seen significant growth, reaching the milestone of 1,000 contracts in only four months. Indeed, as of January 27, the total number of Plutus scripts stands at 1,003 on the Cardano network.

In particular, the graph reflects real Plutus-based smart contracts running on the Cardano blockchain, which went live on Cardano during the Alonzo upgrade on September 12, 2021, as part of the hard fork event.

The upgrade enabled Cardano to provide a decentralized finance (DeFi) application development platform while offering programmability to the community of developers.

Notably, the addition of smart contracts was a key moment for the Cardano ecosystem, despite making several other network upgrades.

It’s worth mentioning that the adoption of Cardano by developers and the number of decentralized applications (dApps) connected to the network are imperative when determining the success of the blockchain.

Finbold recently highlighted 11 ways Cardano is planning to scale in 2022, given that Cardano has stated that users and developers should be prepared for bumps on the road, particularly in the early phases of development.

Aside from that, on January 22, 2022, the Cardano network’s average blockchain load hit an all-time high of 94.49%. Whatsmore, this massive Cardano blockchain load (above 90%) has continued for over a week now, the first time the system has ever achieved and sustained this level of blockchain load.

Generally, the inclusion of smart contract functionality has resulted in an increase in activity on the network, as seen by the growth in a number of metrics.

Consequently, Cardano recorded higher volume and over 500 times cheaper fees earlier in January than its competitor Ethereum when the adjusted volume was considered. 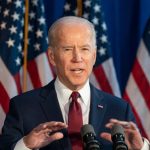