Spanish banks are now investigating the possibility of offering crypto assets to their clients.

The fear of missing out on a potential boom has prompted several businesses to inquire as to whether or not they should be registered in the appropriate registration for these platforms, which should be operational on October 29, local outlet Cinco Días reports.

In June, the Bank of Spain stated that it would offer the required instructions and paperwork for submitting an application for registration between September and the end of this month.

On this point, the Spanish government reacted to the legislation by adopting Royal Decree-Law 7/2021, which established the time limits for the record to be in compliance with the law. The six-month term started on April 29 and ends on October 29.

There is, however, nothing from the Bank of Spain regarding this documentation as of yet. In spite of the fact that it will be the responsible authority to monitor compliance, there is no information regarding such registration on social networks or the entity’s website.

According to legal sources, it will be difficult for the regulation to be completed by the end of the year. Still, community authorities will move quickly to get it approved by the beginning of 2022.

In Spain, the most urgent is a list of providers of virtual currency conversion services for fiat currency and electronic wallet custody concerning the legislation outlined in Law 10/2020 on the Prevention of Money Laundering and Terrorism Financing. For example, a record of the whole activity using virtual currency, from sale through custody and storage.

“The Bank of Spain will be competent to supervise compliance with the registration obligation and the conditions of honor required for access and maintenance of registration.” the regulations in June state.

Furthermore, the regulations state that this register, which should be operational by the 29th of this month, would be established only to fight money laundering.

In this case, the issue is whether a company that is already monitored by anti-money-laundering laws and is thus already an “obligated subject” under those regulations also has to be listed on this list, according to legal sources who explain the situation.

Consequently, several major financial institutions have set their compliance teams to work to determine whether or not they are required to be registered to provide these services.

Whereas, CaixaBank has selected Onyze to promote a pilot project of services of this kind, although it is not available to customers at the moment. 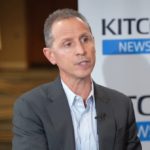 Silver to surge in Q4 after being 'dead money' for months, TJM Managing Director says