As the adoption of cryptocurrencies as a valid alternative to traditional assets continues around the world, some groups are adopting them faster than others, and one study has revealed that billionaires are leading the way.

Specifically, a survey of 65 of the world’s wealthiest people has found that almost 30% of them have either direct or indirect investments in crypto, “a rate that is higher than among non-billionaire investors,” the Forbes magazine stated in a report from June 8.

Furthermore, an additional 10% of respondents said they were not directly involved with crypto investing but had backed crypto-oriented companies.

Not all billionaires believe in crypto

That said, some billionaires are not yet sold on crypto, including Berkshire Hathaway’s (NYSE: BRK.A) CEO Warren Buffett – well-known for his opinion of Bitcoin as ‘rat poison’, JPMorgan’s Jamie Dimon, as well as Blackrock’s Larry Fink.

As Finbold reported in early April, these three were criticized by Anthony Scaramucci, the founder and managing partner at investment firm SkyBridge Capital and former advisor to Donald Trump, as not having done their homework on crypto.

“If you do the homework, you end up investing some portion of your assets in cryptocurrency and what we’re calling web3,” Scaramucci said back then.

In his opinion, Paul Tudor-Jones, Steve Cohen, Dan Loeb, and Stan Druckenmiller, are examples of people who have done ‘their homework’ and jumped on the crypto bandwagon after doing sufficient research into these assets. 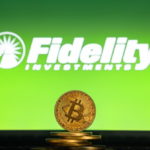