After the broadly publicized collapse of Terraform Labs’ stablecoin TerraUSD (UST) and its native token Terra (LUNA), crypto analytics companies, including Nansen, have been trying to make sense of it and shed some light on what truly transpired.

Indeed, Nansen’s research team has spent weeks digging deep into the developments that led UST to lose its peg.

In particular, the firm used on-chain evidence from both Ethereum (ETH) and Terra to recreate the events and dispel the widely circulated belief that the collapse was the result of an attack by a single perpetrator on the network. The findings of the report were published on May 27.

Specifically, the analysis was organized into three phases. In the first one, the Nansen team analyzed the transaction flow in and out of the Curve lending protocol, identifying the wallets with transactional activities that might have affected the UST de-pegging.

In the second phase, the team observed transactions across the Wormhole bridge that could have led to the UST de-peg and reviewed the UST outflows from the Anchor protocol with the list of observed wallets, as well as investigated the UST and USDC sales on centralized exchanges.

Finally, the third phase involved the triangulation of aggregated on-chain evidence, allowing the team to piece together a narrative that thoroughly explains the UST de-pegging events and identifying seven wallets that most likely influenced the de-peg.

It is worth noting that Finbold has earlier reported about the accusations made against LUNA founder Do Kwon of fraud through the Mirror Protocol. The accuser is known on Twitter as FatManTerra and has stated that the report offers a “powerful counterclaim to Terra’s heavily propagated “attack” narrative, which may have been a tool to deflect blame elsewhere.”

Interestingly, the main actor in the story (and the accused one in FatManTerra’s narrative), Do Kwon, retweeted the TerraUSD report by Nansen himself. 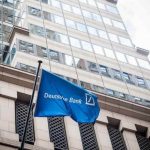 Here's why Bitcoin value will continue to rise, according to Deutsche Bank