This new record represents an 8% increase compared with August, outpacing its rivals in China by roughly 5% month-over-month growth in sales. This was also a record-setting month for Tesla’s Shanghai factory, which began production in December 2019, beating out its previous highest sales record of 78,906 vehicles in June.

Equally important, Tesla markets its insurance for the first time in China by offering customers who purchase a Model 3 or a Model Y a 7,000 RMB (~$800) subsidy if the customers choose to purchase Tesla’s partner vehicle insurance.

When comparing the performance of all stocks over the past year, TSLA turns out to be only a medium performer in the overall market, outperforming 52% of all stocks.

After suspending most of the production in the Shanghai plant in July due to an upgrade, it seems that the EV giant is shifting into a higher production gear. The upgrade was supposed to give the plant the ability to produce 22,000 vehicles per week as opposed to the previous 17,000 production capacity.

Overall, higher production and delivery numbers coupled with Tesla’s introduction of the insurance business could be a positive boon for the firm and the share price going forward. 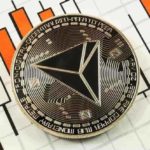