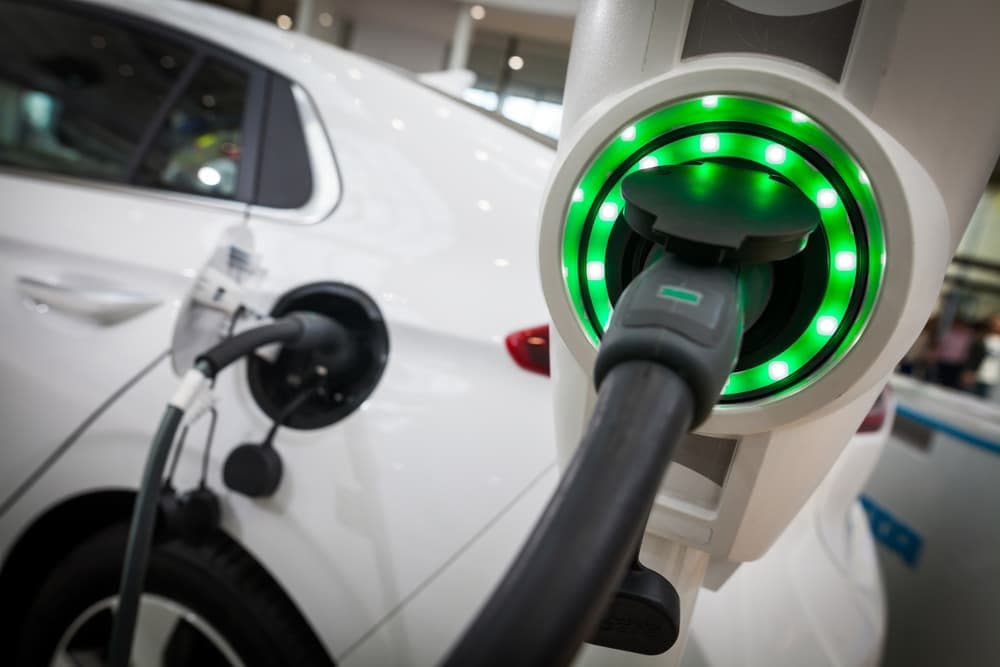 Electric vehicle (EV) stocks have come to the top of many investors’ priority lists in recent years, owing to the widespread belief that the automobile industry will switch to electric vehicles in the not-too-distant future.

The transition to electric cars has been funded in various ways by several governments throughout the globe. Equities linked to electric vehicles surged in value when Congress approved an infrastructure package that included $7.5 billion in funding for the electric car industry.

While the European automobile sector is seeing greater activity due to a focus on eco-friendly products and customers’ interest in the industry is growing as a result of these efforts.

EV stocks on the market

In particular, the market for the EV industry has been seeing some choppy trading lately as a result of the Omicron variant and a market sell-off centered on growth stocks businesses and has consequently opened the door for stock traders to pick up any openings.

In the present environment, it seems that everything is working in favor of the adoption of electric vehicles. Given the great development potential in the industry, it is obvious why stock traders are looking for the top electric vehicle businesses to invest in on the open market today.

Therefore, we’ve put together this list of three solid EV companies, each of which is expected to generate more than 50% over the next 12 months, according to Wall Street experts who have done their homework.

Nio Inc (NYSE: NIO) reported a significant increase in car deliveries in November. Aside from October, when the firm reported fewer deliveries as a result of planned upgrades to its production lines, Nio’s deliveries have been on an increasing trajectory for most of the year.

The company expects to begin shipping its new premium vehicle, the ET7, in the first quarter of next year. The new sedan is equipped with some of the most advanced features and technology available, and it is expected to contribute to Nio’s further development.

NIO has been trading in a broad range of $29.66 – $43.55 during the past month, which is a significant range. It is now trading in the center of this range, suggesting that traders may find some resistance above the current price.

Also, the volume has increased significantly during the previous few days, so the price movement has been a touch too unpredictable to discover a good entry and exit position at the current time. Thus, it is usually best to hold off until there is market consolidation.

In contrast, a resistance zone spanning the price range of $37.92 to $38.51 is generated by a combination of various trend lines and major moving averages in different time frames.

In all, eight of the nine experts recommend that investors “Buy” NIO stock, with one expert advising that buyers “Hold” NIO stock.

It has a consensus recommendation of ‘Strong Buy,’ with an upside potential of 78.18% from its average price goal, making it an appealing option for both traders and investors. The lowest price target is $45, which is greater than the most recent closing price of $34.05.

LI Auto (NASDAQ: LI) posted third-quarter results bolstered by strong sales growth and rising margins as demand for electric cars in China continues to grow, and the firm is reaping the benefits.

The Chinese EV firm has been trading in a rather broad range during the previous month, between $27.73 and $37.45, and is presently trading in the center of this range at the moment, suggesting that traders may find some resistance above.

Volume has increased significantly over the previous few days in conjunction with the sharp decline is a bearish sign.

However, LI does give an attractive setup possibility below the current price of $28.82; there is a support zone; one might set a stop order below this zone. The support zone spans the price range of $28.50 to $28.82 and is produced by the intersection of various trend lines in different time frames.

While a range of $32.40 to $32.65 of resistance appears across multiple trend lines and key moving averages in a variety of time periods to create this zone.

Based on the price forecasts of eight TipRanks analysts’ stock recommendations for LI over the last three months, all eight suggest ‘Buy,’ with just none advocating to ‘Hold‘ or ‘Sell.’

The consensus rating for Nio stock is a ‘Strong Buy,’ with a 60.79% upside at its average price target, making it an attractive investment for both traders and investors alike with their lowest price projection of $43 greater than LI’s current price of $31.09.

Vice-Chairman and President of XPeng (NYSE: XPEV), Brian Gu, when discussing the company’s newest and most globally-compliant electric SUV, when questioned why should consumers should buy XPeng’s SUV over Tesla’s  (NASDAQ: TSLA), replied:

“I think this design coupled with you know the wealth of the features will be a very powerful package to compete with Tesla products.”

Indeed, when it comes to the automobiles industry, XPEV is one of the top performers, outperforming 73% of the other 26 companies in the same sector. The president plans to continue that growth as he outlines the company’s ambitions to grow into Europe and, maybe, the United States in the near future.

“We have always thought international strategy is the core strategic decision and I think the direction for us is expanding in Europe. I think it is natural because it is actually one of the most mature and also attractive markets.”

In the past month, the price of XPEV has fluctuated between $41.15 and $56.45, which is a significant variation. It is now trading in the center of this range, which suggests that some resistance may be found above the current price.

Above the present price, there is very little opposition to overcome. At $44.93, a support zone might be used to put a stop order if the price drops below this level. The support zone ranges from $43.79 to $44.93 is generated by a combination of several trend lines and major moving averages in various time frames spanning multiple time frames.

There is also support around $39.12 from a trend line in the daily time frame, whereas the weekly time frame has a significant region of resistance at $51.12 from a horizontal line, which we can see when evaluating the resistance pattern.

Wall street is bullish on XPeng

Five Wall Street analysts projected an average price forecast of $73, with a high of $92 and a low of $56 for Xpeng over 12 months. The average price estimate indicates a 58.25% upside from the most recent price of $44.30.

In addition, based on the price projections of 5 TipRanks experts’ stock recommendations for XPEV over the last three months, all five  analysts advocate to ‘Buy,’ while none favor ‘Hold,’ or ‘Sell.’

Thus as per their recommendations, the consensus rating for XPEV stock is a ‘Strong Buy,’ with a 58% upside, making it an attractive buy for both traders and investors, as even their lowest price projection of $56 is greater than Xpengs current price of $46.13.