Namely, the total market value of the top 25 global banks continued to fall in Q3 2022 after dropping 14.4% in the previous quarter. This time around, the total value of global banks fell by 6.7% in combined market value to $3 billion, according to GlobalData research, released on October 19.

Company Profiles Analyst at GlobalData, Murthy Grandhi, commented on the changes in the top 25 bank rankings after the market cap correction:

“While ICICI Bank, Bank Central Asia, and Charles Schwab gained the most during Q3, China Merchants Bank and HSBC witnessed a heavy slump in MCap.”

ICICI Bank (NSE: ICICIBANK) has seen the largest rally in market cap price, a 17.2% increase, thanks to a growth in loan book and improved asset quality, which combined for a stronger bottom line for the bank. Its earnings report beat market expectations by posting revenues of INR 178.8 billion (~$2.18 billion). 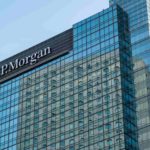 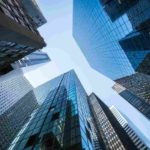 Bank Central Asia (IDX: BBCA) saw the second largest gain, with a 15% price appreciation in part thanks to the lifting of Covid restrictions in parts of China and in part thanks to an improved asset mix and growth in current and savings accounts quarter-by-quarter.

Issues in the Chinese property markets eroded business confidence pushing the market cap of ICBC, Bank of China, Agricultural Bank of China, and China Construction Bank by more than 10%.

Regulators in China cut interest rates a few times in 2022 to push out more loans in order to kick-start the ailing property sector; these moves could impact bank profitability in the long run.

Furthermore, the chance of a negative cascading effect caused by a possible implosion of Credit Suisse was mentioned by Grandhi, which could spell trouble for banks.

“Global banking segment could face greater difficulties in the fourth quarter of 2022 because of Credit Suisse’s crisis, which was brought on by the bank’s poor investments in Greensill Capital and Archegos Capital as well as scandals like drug-related money laundering, which damaged the bank’s reputation and undermined investor confidence and caused its share price to plummet.

“Additionally, its rate on credit default swaps increased, which suggests that it may file for bankruptcy. Given that Credit Suisse is regarded as a global systematically important bank (G-SIB), all these changes could have a cascading effect on the banking industry. Additionally, the continued increases in interest rates to combat inflation may trigger a possible worldwide recession.”.

Finally, the possibility of a worldwide recession due to an increase in interest rates could be another negative for bank earnings going forward.