Although fluctuations in the cryptocurrency market continue, some of its digital assets are recording solid weekly gains, including the recently much-talked-about Ethereum Classic (ETC) and Monero (XMR), and especially Trust Wallet’s utility token TWT.

Notably, Trust Wallet Token leads the 100 pack with the largest gains in the last week – as much as 12%, followed by Bitcoin Gold (BTG) surpassing 11%, Qtum (QTUM) with over 9% in weekly gains, ETC with more than 8%, and Monero gaining over 3%, according to CoinMarketCap statistics retrieved on July 27.

What has driven these gains?

TWT, which gained 12.07% over the past week, is the utility token of the Trust Wallet – a free, non-custodial mobile wallet in which users can store their crypto and non-fungible tokens (NFTs). A week ago, the platform announced the integration of networks such as Cardano (ADA), KuCoin Community Chain (KCS), as well as Ronin Network (AXS, RON).

As for the 11.15% weekly increase of Bitcoin’s open-source alternative and hardfork, Bitcoin Gold, it doesn’t have a clear catalyst like the other top gainers, so it cannot be said for certain what has driven its gains other than perhaps the weakness of the U.S. dollar.

Advancing 9.16% over the previous seven days, the proof-of-stake (PoS) blockchain Qtum was created to bring the best of Bitcoin and Ethereum into one chain. According to a tweet from early July, the platform had hit 2 million blocks, pointing to an increasing number of solutions building on top of it. What’s more, the platform is set for a hardfork on July 31.

Over the past week, Ethereum Classic has gained 8.48% and at press time trades at $26.95. Ethereum Classic’s growth can be attributed to several factors, the first being the support of Ethereum’s founder Vitalik Buterin, as he referred to ETC as “a totally fine chain.”

The second is the fact that miners have realized that they would be able to mine ETC under the Proof-of-Work (PoW) protocol despite the upcoming Merge that will switch Ethereum to the PoS algorithm.

Finally, the growth could also be due to the announcement by Bitmain’s mining pool partner AntPool’s CEO Leon Lv that his organization invested $10 million to support the Ethereum Classic ecosystem and will continue to invest in it.

As for Monero, it experienced a 3.29% growth over the previous week, pushed by some fresh daily gains of 6.09% after a sell-off from the day before. These increases became apparent after a South African regional court released from custody the former Monero lead maintainer Riccardo Spagni.

According to a report by Finbold in early June, Spagni, a.k.a. Fluffypony, was arrested in the United States and extradited to the South African Republic, for over 378 counts of fraud and forgery against his former employer between October 2009 and June 2011, after failing to make a routine court appearance. 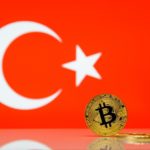