Authorities all around the globe, including the government of the United Kingdom, are looking at methods to regulate and tax the usage of digital assets as the crypto industry continues to see exponential growth.

Indeed, the U.K. government’s taxation department – Her Majesty’s Revenue and Customs (HMRC) issued on July 5 a call for evidence in which it is “seeking views on the taxation of cryptoasset loans and ‘staking’ within the context of Decentralised Finance (DeFi).”

According to the call:

“In particular, the government is interested in ascertaining whether administrative burdens and costs could be reduced for taxpayers engaging in this activity, and whether the tax treatment can be better aligned with the underlying economics of the transactions involved.”

To consider its future regulatory stance, the HMRC highlighted that it wanted to hear from “investors, professionals and firms engaged in DeFi activities including technology and financial service firms; trade associations and representative bodies; academic institutions and think tanks; and legal, accountancy and tax advisory firms.”

It should be noted that the U.K. government announced in April a package of measures “designed to ensure the UK financial services sector remains at the cutting edge of technology, attracting investment and jobs and widening consumer choice.”

As Finbold reported, the package included plans to recognize stablecoins as a valid form of payment, which led some crypto executives to express a belief that the tide was turning in terms of market regulation.

In its recent call for evidence, the HMRC stated that the measures also included “an intention to consider and, where appropriate, address concerns that have been raised by stakeholders about the tax treatment of DeFi loans and staking,” adding that “this call for evidence seeks to inform that review.”

Meanwhile, the Director General for financial services at the Ministry of Finance said in early June that the U.K. was planning to build a “sandbox” for testing distributed ledger technology (DLT) initiatives inside its financial market infrastructure in 2023, five months after an MP in the House of Commons expressed his belief that the U.K. could become the home of FinTech and cryptocurrency.

That said, the Bank of England governor Andrew Bailey is skeptical, stressing in his address to the U.K. Parliament Committee in mid-June that cryptocurrencies had “no intrinsic value,” using the market slump at the time as his main argument.

At the same time, the BoE’s deputy governor Jon Cunliffe was more optimistic, telling the Point Zero Forum participants that the survivors of the crypto market rout could rise to become the technology companies of the future, like Amazon (NASDAQ: AMZN) and eBay (NASDAQ: EBAY). 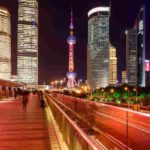