For many years, the US government has maintained a side business in which it auctions off Bitcoin (BTC) and other cryptocurrencies.

Nevertheless, the latest data shows that despite offloading a good amount of the Bitcoin of which it had obtained through seizures, the government still owns $4.08 billion in BTC holdings as of February 2022, according to data shared by co-founders Negentropic of on-chain analytics platform Glassnode.

Interestingly, the US government’s holdings are more than twice that of both Ukraine, with $2.01 billion, and Tesla (NASDAQ: TSLA), with $1.86 billion. Tesla purchased Bitcoin and included it on its balance sheets last year, albeit it ceased taking Bitcoin as payment a short time afterward.

In terms of Bitcoin holdings, the US government only trails the Grayscale Bitcoin Trust, which leads the way with $27.93 billion, and MicroStrategy, which has $5.43 billion.

The amount of cryptocurrency seized by the US government in 2021 alone surpassed $1 billion, representing an eightfold increase from the previous year.

The US Marshals Service, the primary agency responsible for auctioning off the government’s cryptocurrency assets, as of December had seized and auctioned off more than 185,000 Bitcoins, which were estimated to be worth around $8.6 billion at the time.

Since the government has gathered extraordinary amounts of cryptocurrency in recent years, analysts believe that as long as cybercrime continues to grow at its present rate, the US government’s crypto purse will continue to grow.

Notably, Finbold reported on February 1 that Bitcoin worth over $3.5 billion from the 2016 Bitfinex hack was ‘on the move,’ On January 31, on-chain observers began to see strange activity around the wallets holding the funds from the infamous hack.

Indeed, many observers found it peculiar that the funds were being consolidated without any privacy-seeking action, such as mixing with the use of Monero or Tornado Cash.

Following this, the US Justice Department (DOJ) announced on Tuesday, February 8, that the hacked BTC, now worth $3.6 billion, had been recovered in its largest finance bust ever in the department’s history. 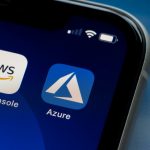