Investment management firm VanEck Associates CEO Jan Van Eck has said the crypto and stock market need to slow down after recording unprecedented growth over the past year amid ongoing volatility.

Speaking to CNBC, Eck noted there is a correlation between bitcoin and the tech stocks, with both asset classes undergoing a violent phase of value and growth.

According to Jan, the growth in both asset classes has outrun the value resulting in flat trading as expected.

“I think bitcoin reflects the overall tech market and what the stock market’s been dealing with. Selling may go away, and that would kind of be my view on crypto as well. The markets just need a rest. The big story we see is that global growth is running super hot, and the car needs to slow down from 200 miles an hour to 70 miles an hour,” said Eck.

He added that despite bitcoin dropping by almost 50% from its all-time high of $64,800, the plunge is good, considering the asset is absorbing bad news. Eck singled out regulation concerns, especially from the Asian market.

Eck termed the recent bitcoin volatility as vicious, which tested the asset’s low price of $30,000.

He also commented on the recent report by Goldman Sachs, indicating that ethereum might potentially replace bitcoin as a store of value due to various use cases. Eck acknowledged that bitcoin is a digital gold while noting the asset is still maturing and might experience price volatility.

Eck suggested that it might be too early to declare ethereum a potential replacement for bitcoin, considering the network is still undergoing major upgrades. He added that the platform is still facing competition from projects like Solano.

Over the weekend, bitcoin prices plummeted, almost hitting the $30,000 mark following a renewed crackdown in China. The Chinese government, in a statement, noted that it plans to initiate a crackdown on bitcoin mining and trading behavior as a means of safeguarding the financial risk. By press time, the asset was trading at $38,965, according to data provided CoinMarketCap.

Watch the video: VanEck Associates CEO on what’s behind the recent crypto collapse 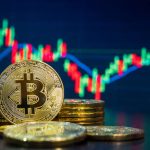