After the widely publicized collapse of FTX, which sent shockwaves across the cryptocurrency sector, including Bitcoin (BTC), and culminated in the trading platform’s bankruptcy, venture capitalist Kevin O’Leary revealed he earlier had plans to save the crypto exchange but gave up at the last moment.

Indeed, Kevin O’Leary explained he was in talks with FTX’s now-former CEO, Sam Bankman-Fried, and considered throwing him a lifeline but retracted the plans after the comments made by the U.S. Securities and Exchange Commission (SEC) boss, the Shark Tank investor said in an interview with CoinDesk published on November 14.

What did Gensler say?

Specifically, the SEC chairman Gary Gensler had earlier told CNBC’s Andrew Ross Sorkin that the crypto field was “significantly non-compliant” and in need of more regulation that would protect the investors, the position he has long held.

According to Gensler, “the runway is running out,” and “investors around the globe are getting hurt” by “what appears to be largely non-compliant actors,” which is why, as he explained, there was “work for both of us market regulators, as well as other regulators, around anti-money laundering and sanctions.”

These comments were enough for O’Leary to lose interest in trying to rescue the crypto exchange, which was asking for an $8 billion injection and with which he had a long-term investment and spokesperson relationship. As he stressed:

“The minute that occurred, that was the end of any sovereign wealth fund’s interest. (…) There was no way to get that $8 billion onto the balance sheet of FTX with the regulators hovering overhead.”

That said, O’Leary has joined multiple crypto enthusiasts in retaining the positive attitude around crypto in general, referring to FTX’s downfall as the “defining” moment that will “stabilize the industry” and “accelerate regulation.”

“This does not kill crypto. (…) There’s going to be a silver lining to this disaster. There’s no question about it. It’ll be called regulation. (…) What we don’t know is how many other dominoes are going to fall yet. We need that to finish out.” 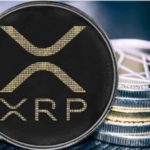