On April 29, Venezuela urged Bank of England (BOE) to sell some of the country’s gold reserves in its coffers and channel the funds to the U.N. to help fight the coronavirus pandemic.

For many years, Venezuela stored gold, making part of its central bank reserves in vaults of foreign financial institutions like BOE. That provides gold custodian services to many developing nations.

Nonetheless, BOE has since 2018 refused to transfer 31 tonnes of gold to President Nicolas Maduro. Great Britain has, in the past, refused to recognize the president as the country’s legitimate leader after he won his controversial 2018 re-election.

The new development shows that Maduro is looking for financial resources globally, trying to salvage his country’s economy according to Reuters. Venezuela is suffering from low oil prices, paralyzing quarantine, and severe U.S. sanctions.

After being consulted about this matter, the UNDP said that it “has been approached recently to explore mechanisms to use existing resources held by the Central Bank of Venezuela in financial institutions outside the country to fund the ongoing efforts to address the COVID-19 pandemic.”

For now, it is still unclear how much gold Venezuela wants from BOE. Currently, Venezuelan gold on deposit at the BOE would be worth almost $1.7 billion. BOE said that it does not comment on individual customer relationships.

Jan Egeland, a former U.N. aid chief, said on April 28 that sanctions on countries should be lifted. He urged the release of Venezuelan funds in banks in Britain, Portugal, and the United States.

Venezuela has lived a 6-year economic crisis in the wake of a collapsing socialist system and ailing oil industry. These challenges resulted in mass migrations of almost five million people and caused hyperinflation that left many unable to get basic food.

The United States tightened its sanctions aiming to oust Maduro, and that has suffocated fuel imports. In that context, the Venezuelans have had to wait for hours in fuel stations or get it from more expensive black market sources.

As of April 28, Venezuela had reported 329 coronavirus cases and ten deaths. The United Nations has described that country as severely vulnerable to the health pandemic since it has no adequate running water in most areas, and its public health system is crippled.

Maduro’s government raises funds by exporting gold from artisanal mines in the southern Amazon jungle and the reserves held by the central bank. The bank has withdrawn gold from its coffers in the past month, hoping to export it according to reliable sources.

One source alleges that 8 tonnes have been removed since mid-March. The total monetary reserves fell over $500 million between April 14 and 24, according to central bank data.

The central bank workers in the gold vaults wing have been going to work despite the quarantine. It is not yet clear how many gold sales transactions have been made and where the gold was sold.

Some of the money acquired was used to get supplies to refine Venezuela’s crude, trying to salvage the near-collapse of the 1.3 million barrel-per-day refining circuit.

Six tons of gold had already been removed from the central bank between late 2019 and early 2020. That gold was sold in exchange for euros in cash. That money was channelled via local banks, and the country’s government used it to pay suppliers.

The central bank would still have over 80 tonnes of gold in its vaults from the latest withdrawal compared with 129 tonnes since the start of 2019. 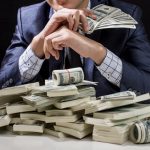