With the market coming to terms with the impact of the FTX cryptocurrency exchange collapse, established cryptocurrencies like Bitcoin (BTC) are consolidating with no strong signals of price movement in either direction. At the same time, prices of most alternative coins (altcoins) have experienced high volatility.

In this line, several altcoins have recently attracted a strong buying pressure to stand out despite the prevailing bear market. The altcoins have risen to the limelight, particularly due to the narrative they drive alongside focusing on specific use cases. Below are the altcoins to look out for the week of November 21.

The decentralized finance (DeFi) lending protocol has undergone an explosion of value triggered by events such as the token’s listing on Robinhood. The token has also benefited from the launch of Yam Finance, an experimental DeFi protocol whose native token is YAM.

Notably, Aave is touted to be among the assets that can easily be adopted, allowing users to borrow and lend different cryptocurrencies with the platform facilitating interest payments and cryptocurrency deposits. Furthermore, crypto trading expert Michael van de Poppe warned that in the future, there might be a disconnect between the Aave price and the fundamentals.

In the meantime, the token was valued at $61 by press time, recording weekly gains of almost 5%.

However, Aaave’s technical analysis remains bearish. A summary of AAVE’s daily technical analysis aligns with ‘sell’ at 14 while moving averages predominantly focus on a ‘strong sell’ at 12. At the same time, oscillators are neutral at eight on the daily gauges.

XRP has sustained buying pressure amid positive development in the case between Ripple and the Securities Exchange Commission (SEC). As the matter nears a conclusion, the Ripple team has scored several wins, with legal experts projecting that the regulator might lose the case. In general, if the court rules in favor of Ripple, the matter is viewed as bullish for XRP.

At the same time, the XRP community is expressing bullishness that the token will end the year on a positive note. In this case, the community on CoinMarketCap projects XRP will trade at $0.4 by December 31, 2022. By the time of publishing, the token was trading at $0.38, recording weekly gains of almost 9%.

However, the community’s bullishness is not reflected in the technical analysis. A summary recommends selling at 15 while moving averages are for a ‘strong sell’ at 13. Oscillators are also for ‘sell’ at two.

TWT is a direct beneficiary of the FTX saga that saw liquidity concerns spread across the crypto space. Notably, after the FTX collapse, most investors opted to transfer their crypto holdings to self-custody wallets as a precautionary measure, with Trust Wallet emerging as a critical destination after receiving backing from Binance CEO Changpeng Zhao.

The token has gained in the last week even as exchanges move to publish their proof of reserves to stop an exodus of assets to self-custody wallets. As of November 18, the token has record gains of over 90% while attracting over $450 in capital. By press time, the TWT was trading at $2.06, gaining over 18% in the last seven days.

Interestingly, TWT’s technical analysis remains bullish, with a summary aligning with ‘buy’ at 14, with moving averages going for a ‘strong sell’ at 13. Elsewhere, oscillators are neutral at nine.

The fan token network has risen in tandem with the build-up to the FIFA world cup. The Chiliz (CHZ) network allows sports teams to develop fan tokens for engagement and offering incentives.

However, the Chiliz community on CoinMarketCap remains bearish. The community projects that the token will trade at a median price of $0.2035 on December 31, 2022. By press time, CHZ was trading at $0.2, having gained over 12% in seven days.

Elsewhere, the token’s technical analysis summary is dominated by neutrality at nine, with moving averages going for ‘buy’ at eight.

Despite taking a hit from the prevailing market uncertainty, the value of MATIC has sustained minor positive gains, making the token stand out amid the bear market. The token’s rise can be attributed to the continued signs of Polygon going mainstream.

One of the notable adoptions is using Polygon by Meta (NASDAQ: FB), allowing users to mint, showcase, and sell non-fungible tokens (NFTs) on Instagram. At the same time, the network has recorded an increase in the number of protocols launched. As things stand, Polygon is trading at $0.87 with minor gains of about 2% in seven days.

From a technical analysis perspective, MATIC has been marred with bearishness, with a summary going for ‘sell’ at 13 while moving averages are for a ‘strong sell’ at 11.

The prospects of the analyzed altcoins gaining will also rely on other factors, including how the general market performs. Besides the fallout from the FTX crisis, the crypto space is still facing a threat from the prevailing macroeconomic factors. 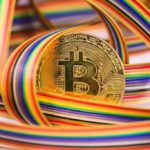