Meme cryptocurrency Dogecoin (DOGE) has recently recorded increased attention, with the asset showing potential for adoption. However, the token is now experiencing short-term selling pressure, casting doubt on its ability to sustain the recent rally.

In particular, by press time, Dogecoin had a market capitalization of $13.39 billion, losing about $860 million in 24 hours from the $14.25 billion recorded on December 5.

At the same time, with the general cryptocurrency market consolidating with several assets showing signs of a short-term rally, Dogecoin has corrected by almost 6% in the last 24 hours. The token is currently changing hands at $0.10.

Why is DOGE correcting?

Indeed, Dogecoin has suffered the effects of the general crypto market, like the FTX crypto exchange collapse. However, the latest drop comes after Bitcoin (BTC) marginally dropped as the general market looks at the United States macroeconomic-related news as it will offer a glimpse into the possible interest rate hike trajectory.

The latest trajectory contrasts with Dogecoin’s recent buying pressure, with a Finbold report on December 2 indicating that the meme token witnessed an inflow of about $5 billion in market capitalization within five weeks.

Notably, the inflow centred around news regarding Elon Musk’s acquisition of Twitter (NYSE: TWTR) and the possible integration of DOGE as a payment option for the social media giant.

Similarly, demand for the token has skyrocketed in recent months, with another report in December noting that the United States’ potential investors’ searches for the keyword ‘Buy Dogecoin’ skyrocketed by 625% within three months on Google Trends.

Despite the latest selling pressure, Dogecoin continues to enjoy adoption-related news with plans to develop the network further in the works. For instance, the community has been buzzing after it was recently reported that Musk and Ethereum (ETH) co-founder Vitalik Buterin are planning to work together and develop DOGE.

Elsewhere, the one-day technical analysis (TA) for DOGE remains bullish. In this line, the summary of the gauges aligns with the ‘buy’ sentiment at 13, while moving averages (MA) suggest a ‘strong buy’ at 12.

Overall, Dogecoin is plagued by a bearish future, with a review of technical analysis indicating that the token is likely to trade at $0.065 on December 25. If DOGE were to attain the price target, it would move away from the previous three Christmas price trajectories, where the asset gained steadily on a year-on-year (YoY) growth basis. 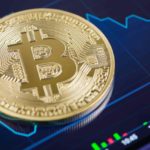