The price of the decentralized finance (DeFi) token Solana (SOL) continues to fall over questions about the network’s close affiliation with the FTX cryptocurrency exchange, which has since gone bankrupt.

The rapid price decline has accelerated in particular with the arrest of Sam Bankman-Fried, the founder of FTX, with SOL wiping over $1 billion from its market capitalization in the last week, falling from $4.36 billion to $3.33 billion at the time of publication.

The technical analysis of Solana’s daily gauges on TradingView are primarily bearish, with a summary aligning with the ‘strong sell’ sentiment at 16, while moving averages are for a ‘strong sell’ at 14. Elsewhere, the oscillators are recommending neutrality at 8.

Although the technical analysis doesn’t look optimistic, the machine learning-based algorithms at PricePredictions project that Solana is likely to trade at $11.76 on January 1, 2023.

Elsewhere Ethereum co-founder Vitalik Buterin discussed a potentially bright future for Solana. After what many have referred to as “awful opportunistic money people” has been removed from the blockchain, Buterin stated that he also hopes the Solana community will have the opportunity to flourish.

“Some smart people tell me there is an earnest smart developer community in Solana, and now that the awful opportunistic money people have been washed out, the chain has a bright future. Hard for me to tell from the outside, but I hope the community gets its fair chance to thrive.”

It seems that the asset’s ambitions of becoming an “Ethereum (ETH) killer” have been dashed as the fallout from FTX continues. After what happened with the crypto exchange, people’s trust in Solana’s future has significantly decreased.

Investors are still trying to determine whether or not the close connection between the two parties would put Solana’s future in jeopardy. Particularly noteworthy is the fact that Bankman-Fried and FTX provided a large amount of assistance to the Solana team while operations were at their peak.

However, Solana co-founder Raj Gokal has maintained that the ecosystem is not worried about the price movement of SOL, saying that the future appears positive.

“I think in the long term, it’s really good. We’ve always heard really negative criticism about FTX’s involvement in the ecosystem and that concentration of ownership stake,” Gokal said.

Concurrently, the network is seeing a departure of projects and developers in large numbers. For example, two of the most successful initiatives for creating non-fungible tokens (NFTs) on the Solana blockchain, DeGods, and Y00ts, have recently stated their intention to migrate to the Polygon (MATIC) ecosystem.

Token Terminal, a data aggregator, released some interesting claims that the number of Solana developers has plummeted by approximately 90% in 2022. However, Solana has cast doubt on the accuracy of the data. 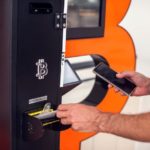 Over 4,000 crypto ATMs installed in 2022 despite bear market