The cryptocurrency market has entered the second week of 2023, witnessing an upside momentum with bulls maintaining an upper hand over bears. The bullish momentum has resulted in leading cryptocurrencies such as Bitcoin (BTC) and Ethereum (ETH) regaining key levels while a section of altcoins seem to be decoupling, recording an instant spike in value.

Indeed, the market is undergoing buying pressure, with the global crypto sector capitalization standing at $853.57 billion by press time on January 9. Over the last 24 hours, the market has witnessed an additional $28.71 billion from the $824.86 billion recorded on January 8.

As things stand, Bitcoin is leading the market dominance at 39%, followed by Ethereum at 19%. Notably, although the market has rallied, the focus is on reclaiming the $1 trillion capitalization recorded towards the end of 2022. In this case, investors hope the market builds on the 2023 positive start.

Even as altcoins such as Cardano (ADA) take center stage; Bitcoin is trading in the green zone, reclaiming the $17,000 spot following weeks of consolidating below the level. There remains a general anticipation that Bitcoin is likely to sustain the bullish momentum in the coming days, banking on possible positive macroeconomic news.

By press time, the flagship cryptocurrency was changing hands at $17,249, having rallied almost 2% in the last 24 hours.

Furthermore, Bitcoin’s market cap stands at $332.33 billion, representing an inflow of about $6.27 billion during the previous 24 hours. This comes as crypto trading expert, and analyst Michaël van de Poppe projected that the asset’s odds of breaking out have increased.

Why the crypto market is rallying

The ongoing crypto market gains are mainly attributed to the positive macroeconomic factors that hint at a slowdown in inflation and, consequently, influence the Federal Reserve monetary policy. Notably, the current momentum emerged following the positive jobs data for December 2022.

There is also optimism about a slowdown in global inflation, with China opening international borders, which has boosted investor sentiments.

However, the market will likely experience some volatility in the coming days ahead of the Consumer Price Index (CPI) and inflation data release. However, there is an expectation that the inflation will be positive and help Bitcoin sustain the bullish momentum. 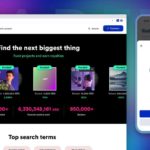