As the cryptocurrency sector continues to grow, crypto-based games have become one of the increasingly popular ways for people to entertain themselves while earning cryptocurrencies at the same time, especially for those that don’t have the means or desire to mine crypto.

With the opening month of the new year fast approaching, Finbold has analyzed multiple crypto gaming projects to find those that should find their way into the to-do list of any cryptocurrency and gaming enthusiast out there during January 2023.

Calling itself ‘the play-to-earn Dogecoin (DOGE),’ the recently launched Tamadoge (TAMA) combines the popularity of meme coins with the play-to-earn concept to deliver a platform where players can mint, breed, and battle their pet in the ‘Tamaverse,’ as well as climb leaderboards and earn rewards.

The game is currently in the beta sale phase, and its community has been voted as being one of the strongest among those working with the NFT utility, according to the crypto analytics platform GenX Analytics.

A metaverse play-to-earn experience, The Sandbox (SAND) is far from a newcomer to the field, standing strong since the alpha version launched on the Ethereum blockchain in November 2021. The game allows players to own virtual property on which they can build and monetize games, as well as interact with others’ projects.

On top of that, The Sandbox development team regularly organizes competitions, raffles, and giveaways, in which players can participate to have fun and earn various valuable prizes, including the recent holiday-themed Season’s Greetings reward series.

Another crypto-based fantasy card game referred to by its team as the ‘next generation of collectible card games,’ Splinterlands is based on the public Hive blockchain and allows users to face each other off in battle, rank on the leaderboards, and collect Dark Energy Crystal (DEC) tokens which can then be traded.

A combination of a free-to-play virtual world, strategy game, and adventure in a decentralized metaverse running on the Ethereum, BNB Chain, and WAX (WAXP) blockchains, Alien Worlds includes quests, mining games, and competitions for the native Trilium (TLM) currency.

In October, Alien Worlds launched in-game decentralized autonomous organizations (DAOs) called Planetary Syndicates to allow players to govern their own communities, organize digital assets within their treasuries, and collaborate with each other.

As Finbold earlier reported, crypto and metaverse games had received $1.3 billion in financing during the third quarter of 2022. Furthermore, in November alone, these games raised more than $320 million, demonstrating the industry’s strength in the face of unfavorable conditions, including the FTX implosion. 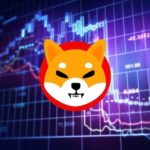