Bitcoin (BTC) has failed to make any significant move in either direction, with the flagship cryptocurrency consolidating in a tight range. As things stand, both Bitcoin bears and bulls appear to have equal power, with the asset lacking significant fundamental external triggers for a rally.

In this line, Kitco News analyst Jim Wycoff on December 21, suggested that Bitcoin is likely to experience extended sideway trading towards the end of the year.

“Trading has been sideways and choppy this week. Neither the bulls nor the bears have any near-term technical advantage, which suggests more of the same, sideways trading action into the end of the year—barring any major fundamental shock to the marketplace,” said Wycoff.

Overall, Bitcoin is weighed down by the general market correction. Notably, the bulls appeared to regain control after Bitcoin surpassed the crucial $18,000 level that acted as a key support position in previous weeks. The rally was a reaction to the positive macroeconomic development.

By press time, Bitcoin was trading at $16,855 with a daily correction of about 1%, controlling a market capitalization of $323.77 billion.

During the early trading hours of December 21, Bitcoin briefly touched the $17,000 mark as the market looked forward to the United States consumer confidence report. Analyst project that the index will come in at 101.00 for December, higher than last November’s value of 100.2.

At the current price, the focus is on bulls to help Bitcoin consolidate and possibly rally. On the flip side, failure to consolidate could spell trouble for Bitcoin bulls as the asset will be in line for a possible extended correction.

Elsewhere Bitcoin technical analysis (TA) indicators are bearish, with a summary of the one-day gauges going for the ‘sell’ sentiment at 15, the result of oscillators indicating ‘sell’ at 2 while moving averages (MA) are hovering around the ‘strong sell’ zone at 13.

Bitcoin and the general cryptocurrency market have no potential bullish triggers, although the effects of the FTX exchange collapse continue to be felt. It is worth mentioning that Bitcoin and the market also faced uncertainty after concerns emerged regarding the Binance crypto exchange’s reserves.

As Bitcoin trades sideways, predictions indicate that the asset will likely experience a short-term rally toward the end of 2022. According to a Finbold report, based on a machine learning algorithm, Bitcoin is likely to trade at $18,796.94 on December 31. 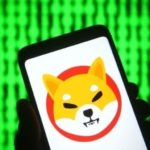