Bitcoin prices have surged to their highest levels for almost three years and analysts are confident that it can go even higher, reaching its previous all-time high of $20K.

Bitcoin is up almost 5% over the past 24 hours as the world’s top digital asset powered to a new 2020, and 33 month high of $16,490 during the Asian trading on Friday morning before a slight pullback. The massive move has built on November momentum that has lifted the asset above last year’s peak signaling that the bull market is definitely in play.

This month alone, BTC has made a whopping 20% as it outperforms traditional assets such as gold which has actually declined by one percent over the same period.

Industry observers have noted that of the 4,332 days that Bitcoin has existed, only 12 have been above its current price, and they all came in late December 2017 and early January of the following year. This means that BTC has been at this price or higher for just 0.28% of its entire life.

Other analysts are expecting a move up to and beyond the previous peak of $20K with investors taking profits too quickly because they have never seen an asset class that increases tenfold.

Experienced trader and crypto analyst Josh Rager advised keeping an eye on price levels from the previous bull market which could serve as resistance or pullback zones this time:

Long term pricing models such as the Bitcoin stock-to-flow remain on track for huge gains in 2021 should the current momentum continue. The model examines the relationship between the production of supply and the current stock available, essentially calculating Bitcoin’s value through scarcity.

The analyst who spawned the mathematical model has targeted the end of 2021 for a six figure Bitcoin price.

Bitcoin is playing the digital pied piper again today as total market capitalization gains a further 3.5% to reach its highest level since January 2018 with $460 billion invested in cryptocurrencies.

BTC appears to be the only one making any real moves though, as Ethereum has managed a paltry 1% to reach $463 while Ripple’s XRP is actually down on the day at $0.255.

Litecoin, which is often dubbed the silver to Bitcoin’s gold, is following its big brother today with a 6% increase to reach $62. 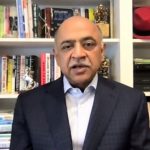