Bitcoin prices have hit their highest levels since early January 2018 and analysts are suggesting that favorable U.S. election results could be responsible.

Election fever appears to be having a highly bullish effect on Bitcoin and cryptocurrency markets as total capitalization surges to its highest level since January 2018. Bitcoin’s monumental 12% pump today to just below $16,000 has pushed the total market cap over $440 billion, a 33 month high.

Bitcoin has smashed through previous resistance levels around $14k which was the 2019 high, in a move to just 20% away from its all-time high of $20k which came during the crypto bubble of late 2017.

The current chart pattern on the weekly time frame is a remnant of those in late November 2017 when BTC made a rapid push from $7K to top $16K in just three weeks. Analysts have noted that the price of Bitcoin is now 80% of its all-time high, the closest it has ever been to full recovery, which has only taken 12 days from these levels historically.

The U.S. election appears to be driving momentum at the moment as Joe Biden leads over Donald Trump by 264 to 214 in the race to 270 electoral college votes according to The Guardian’s live tracker. There are five states left to count but Biden continues to chip away at Trump’s lead in Pennsylvania and Georgia as last presidential election counts trickle in.

Crypto observers and analysts recall Donald Trump’s statement on Bitcoin and are hoping for a more industry friendly administration.

The U.S. has fallen behind other nations in the adoption of digital assets due to stifling regulations and procrastination from law makers. A more proactive government could change all that and sentiment is being reflected in markets this morning.

The majority of altcoins are riding on the coattails of their big brother today with decent gains all round. Ethereum, which was boosted this week by the deployment of the ETH 2.0 deposit contract for staking, has gained around 8% to reach a two-month high of $440.

Litecoin is the best performing high cap altcoin as it is often considered the silver to Bitcoin’s gold. LTC has jumped over 10% today to reach $62. Chainlink, Polkadot, Cardano, and Stellar are also having good runs at the moment but it is Bitcoin that currently rules them all as usual. 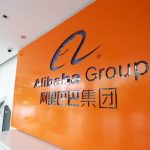