Although there have been substantial developments in the cryptocurrency space in recent days, Bitcoin (BTC) is now experiencing a period of price stability.

Overall, there have been a few minor rises and declines, caused by major global developments such as Russia’s invasion of Ukraine, but no discernible long-term pattern has evolved for Bitcoin.

Considering the current sentiment with the Federal Reserve (Fed), inflation, and war, Bloomberg’s senior commodities analyst Mike McGlone believes that 2022 may be a good year for risk-asset reversal and represent another milestone in Bitcoin’s maturation.

“Facing the Federal Reserve, inflation and war, 2022 may be primed for risk-asset reversion and mark another milestone in Bitcoin’s maturation. It’s unlikely for Bitcoin to stop outperforming gold, stock market amid bumps in the road as the Fed attempts another rate-hike cycle,” McGlone tweeted on March 17.

The total market worth of the flagship digital asset currently stands at $778 billion.

As a result of the European Parliament’s decision not to restrict cryptocurrency mining on March 14, as well as US President Joe Biden’s recent Executive Order last week encouraging innovation and growth in the sector, Bitcoin has emerged as a promising store of value in times of economic and geopolitical hardship.

Highlighted none more so than by new legislation that was just signed into law on March 16 by Ukraine’s President, Volodymyr Zelenskyy, that allowed cryptocurrency use in the country.

The stock market and inflation

Due to growing inflation in the United States and rising energy costs such as oil, many individuals are seeking a safe haven to invest their money.

Finbold recently reported that Bitcoin’s inflation rate went down to 1.7% as of March 10 and is now five times lower than that of the United States dollar (USD), positioning the popular cryptocurrency as a potential defense against inflation.

McGlone had previously highlighted Bitcoin may be evolving global digital collateral, given its losses in 2002 were less than half of those in the Nasdaq 100.

“Bitcoin faces deflationary forces after 2021 excesses, but the crypto shows divergent strength. With 2002 losses less than half those for the Nasdaq 100, Bitcoin may be maturing toward global digital collateral.”

Gold is headed downwards for the near-term

Finally, gold after climbing $2,045 is now back below the $2,000 threshold trading at $1,948 with analyst Lobo Tiggre recently explaining why gold is headed downwards for the near-term after surpassing the $2,000 mark. 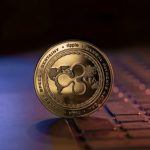