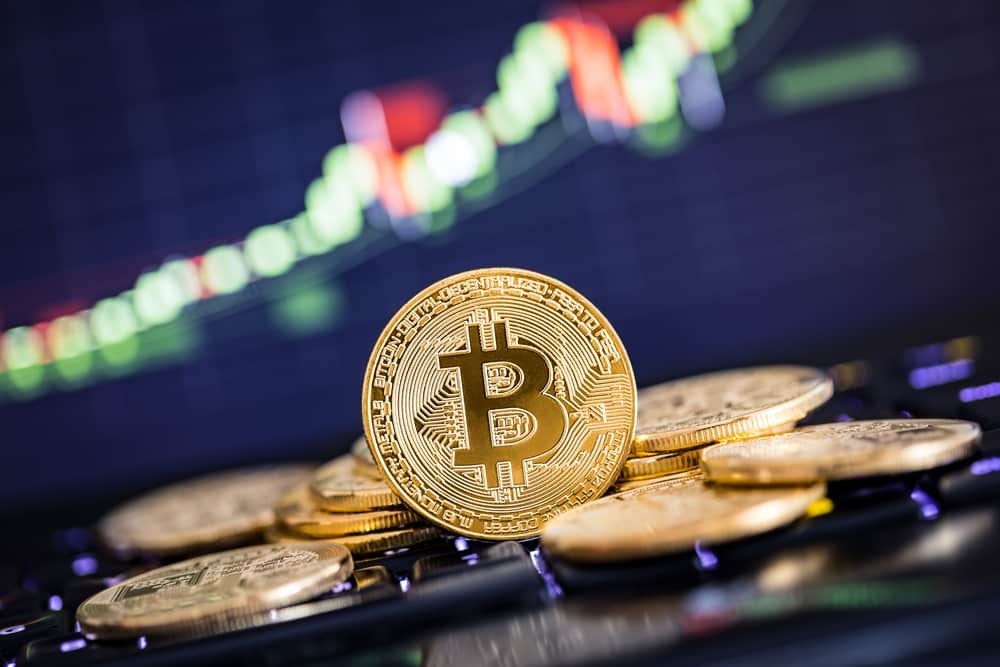 In this fourth quarter of 2021, the digital asset market has transitioned from a pessimistic to an optimistic state of being as Bitcoin (BTC), the biggest and oldest cryptocurrency, finished last week with solid gains advancing into “Uptober.”

Indeed, a favorable price rise in Bitcoin has been seen recently, after a faltering start at the beginning of last week. Compared to its Friday morning values, the cryptocurrency has gained more than 9%, regaining its previous high of $47,000.

Despite the regulatory tightening that took effect in China earlier last week, the cryptocurrency continues to thrive. In general, BTC appears to be on its way to surpassing the $48,000 milestone, indicating that buyers are gaining momentum in the market.

Whatsmore, Bitcoin, according to prominent crypto trader Michael van de Poppe, will trade between $47,000 and $48,000 before breaking the $48,000 barrier.

Elsewhere, other cryptocurrencies, including Etherum (ETH), Solana (SOL), and Ripple (XRP), have seen their prices climb as well, with some seeing increases of more than 10% compared to their Friday values.

However, the most significant increases have come from Binance Coin (BNB) and Solana, both of which have seen their values jump by more than 15% in the past week.

In particular, Solana has surpassed XRP to become the sixth most valuable cryptocurrency asset. On Saturday, an NFT from the 5,000-piece SolanaMonkeyBusiness NFT collection sold for 13,027 SOL, or about $2.26 million, making it the most expensive NFT ever sold on Solana.

It appears the Solana NFT and DeFi ecosystem continues to gain momentum over Ethereum, with the chain providing cheaper and quicker transactions than the latter’s network.

Furthermore, the global cryptocurrency market has climbed beyond the $2 trillion barrier since Friday; however, there has been no major movement in the previous 24 hours.

By way of illustration, in the last 24 hours, the overall market value of all cryptocurrencies is $2.12 trillion, down 0.68% from yesterday. In addition, throughout the same time, the total volume of the crypto market was $89.54 billion, a 9.68% decrease.

Despite being down 0.68% in a day, the global crypto market crucially remains above the hugely significant $2 trillion milestone; thus, indicating signs of stabilization.

The unexpected uptick in positive sentiment in the cryptocurrency markets seemed to be sparked by a remark made by Jerome Powell, the chairman of the Federal Reserve in the United States. Powell said that he had “no intention” of prohibiting Bitcoin and other cryptocurrencies at a two-hour-long hearing of the Financial Services Committee on Thursday.

Moreover, earlier last week, Gary Gensler, head of the Securities and Exchange Commission (SEC), said that he is open to the idea of Bitcoin exchange-traded funds (ETFs) for futures contracts.

In fact, Gensler stated at the Future of Asset Management North America Conference on Wednesday he was looking forward to his staff evaluating a “number of open-end mutual funds launched that invested in Chicago Mercantile Exchange (CME)-traded Bitcoin [BTC] futures.”

Finally, adding to the more optimistic outlook on the crypto sector expressed by the Federal Reserve and the SEC leaders, Bitcoin markets were supported by a short squeeze. Observers on Twitter, including @DanielJoe916, noted that the price of Bitcoin surged to $47,000 at the same time as a massive liquidation of Bitcoin short positions.

Consequently, Bybt data reveals that not everyone was bullish following the announcements from government regulators.