The Cardano Foundation has announced the doubling of rewards for hackers who can unearth vulnerabilities on the network.

The foundation stated on its Hackerone.com account that the promotion to spot vulnerabilities would run for six weeks between February 14, 2022, to March 25, 2022, as part of making the network more secure.

Under the Cardano node, the bounty reward has been set at $20,000 for critical bugs with vulnerability labeled high, attracting a reward of $10,000. For medium and low bugs, the prize has been set at $4,000 and $800, respectively.

Hackers will potentially earn $15,000 for spotting critical bugs in the Cardano wallet while high vulnerabilities have been allocated $6,000.

Elsewhere, the medium and low bugs have been assigned $2,000 and $600, respectively.

Cardano Foundation stated that hackers need to provide detailed reports with reproducible steps to be eligible for a reward.

“Cardano Foundation looks forward to working with the security community to find security vulnerabilities in order to keep our businesses and customers safe. From this program, we aim to strengthen the Cardano brand through this public bug bounty program, covering essential items to access and manage crypto assets that are issued on the Cardano blockchain,” the announcement noted.

The vulnerability detection contest adds to Cardano’s growing network that has attracted massive adoption for different use cases. The developments are expected to impact the price of ADA positively.

However, as reported by Finbold, ADA is currently undervalued based on Santiment’s Market Value to Realized Value (MVRV) indicator. According to the data, Cardano has not been this undervalued since March 2020.

Overall, Cardano continues to register several milestones, like a surge in transaction numbers in 2022. By February 8, 2022, the total Cardano transactions stood at 30.4 million.

The figure means that the platform added over four million million transactions since January 10, 2022.

The number of transactions correlates with ADA’s wallets. As per Finbold’s report, as of February 3, the total number of ADA wallets stood at 3,002,727, a growth from December 24, 2021’s figure of 2.5 million. This translates to an addition of about 12,200 wallets daily during the period.

Elsewhere, the Cardano blockchain is also registering success after rolling out the smart contract functionality. Plutus (a Cardano-based smart contracts platform) surpassed the 1,000 smart contracts mark on January 27 to stand at 1,003. 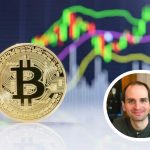