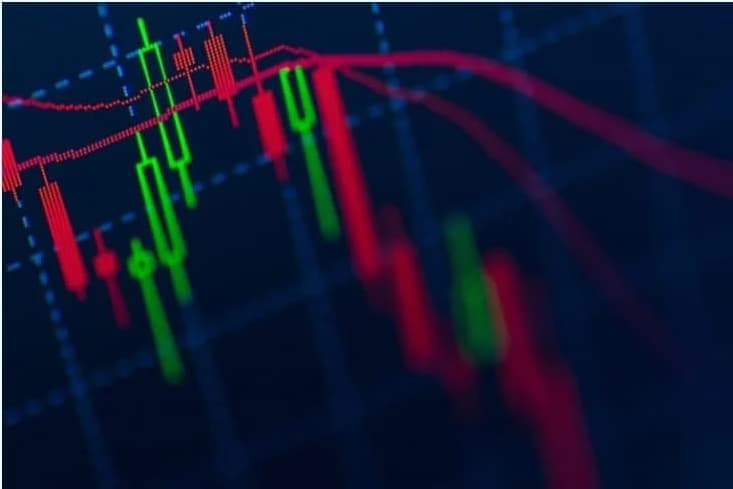 After a decent period of consolidation, most major cryptocurrencies, including Bitcoin (BTC), Solana (SOL), and Cardano (ADA), were trading in the red on Monday as the crypto market fell by $100 billion.

Furthermore, the total volume in DeFi is currently at $18.39 billion, 16.06% of the whole crypto market’s 24-hour volume. While the volume of all stable coins is now $88.76 billion, which is 77.53% of the total crypto market 24-hour volume as many traders appear to leave money on the sidelines.

On Monday, despite being down, crypto markets exhibited hints of stabilization as most traders and investors are looking forward to putting the previous week’s volatility behind them and getting back to business as usual.

Bitcoin, the most prominent cryptocurrency in terms of market value, found support under the $45,000 mark after $103.1 million was liquidated from traders, according to data analytics to Bybt.

Bitcoin is currently trading at $44,494, down 1.7% in the last 24 hours down 14.39% in the last week alone. Prominent crypto trading analyst Michaël van de Poppe believes that Bitcoin is still holding on to support in its current trading range.

While crypto trading expert Josh Rager can’t believe the absurdity of the most recent drop.

On Tuesday, 7 September 2021, the cryptocurrency market witnessed a brief flash crash, following a recovery over the past several weeks. Most cryptocurrencies were hit hard by the broader market’s losses.

According to CoinMarketCap, the market lost $330 billion in two hours, bringing the total market worth down to $1.95 trillion. The market then regained approximately $170 billion to $2.12 trillion, though. Bitcoin, which fell from $52,000 to almost $44,000, was the catalyst for the plunge.

Over the past 24 hours, Solana has lost over 15.29% of its market value following a substantial rise over the previous week or two, which suggests Solana is likely to be heading into consolidation territory shortly.

Interestingly Cardano on Monday also opened in red changing hands at $2.35, down 8.5% and 19.2% in the last seven days. The asset was dumped despite the launch of smart contracts earlier on Sunday evening.

In a case of “buy the rumor, sell the news,” the fall in Cardano, one of the so-called “Ethereum killers,” comes after recent interest and advances in the cryptocurrency’s price. At press time, ADA fell in tandem with other major coins like Bitcoin and Ethereum; however, the decline in ADA was far sharper.

Despite the dip, Charles Hoskinson went to Twitter to celebrate the implementation of the long-awaited upgrade.

Shaktikant Das, governor of the Reserve Bank of India, warned last week that the central bank has “serious and major concerns” about cryptocurrencies such as Bitcoin.

Indeed, since the adoption of Bitcoin as legal tender in El Salvador on Tuesday 7 September 2021, Bitcoin has struggled to get back over the critical $50,000 level, and the market has experienced a dip as a whole.

Nevertheless, the Ukrainian parliament approved a measure enabling the existence of digital currencies last week, bringing the country one step closer to legalizing cryptocurrency in the nation.